Dubai's investigation of possible Israeli involvement in the killing of a popular Hamas mass-murderer has turned up another 145,000 Jews suspected of being Mossad agents who used forged Western passports to carry out the plot. Dubai's police chief, Inspector Mohammad al-Clouseau, told reporters that his investigation so far "has only exposed the tip of the iceberg." "We're making steady progress, but scouring Facebook for swarthy people who don't look like Arabs, right-clicking their photos, saving them to the desktop and 'shopping them into British and Australian passports is tedious and exacting work," he added. 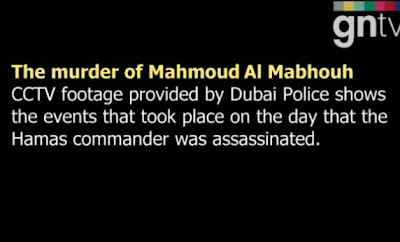 In a related development that has Israeli officials bracing for a new round of world condemnation, a report in the leftist Hebrew daily, Ha'aretz, revealed that the son of Sheikh Hassan Yousef, a Hamas founder and one of its leaders in the West Bank, served for over a decade as the Shin Bet security service's most valuable source in the militant organization's leadership. In a companion editorial, Ha'aretz described the recruitment of Mosab Hassan Yousef as another "botched Mossad job that will only succeed in getting the international community even more pissed off than they are now. Terrorism is here to stay and Israelis should learn to live with it. Instead of acting like bellicose animals and butting in where they're not wanted, Netanyahu's right-wing government needs to get a grip and concentrate on extending the hand of friendship to our Arab neighbors."

Related: The Hit on Hamas in photographic form -- When You Want to Say Goodbye, Say It With Bullets.