"Republicans opened a can of whoop-ass today"

Commenter Ann at Just One Minute:

Republicans Opened a Can of Whoop Ass Today!

News round up from Hot Air: 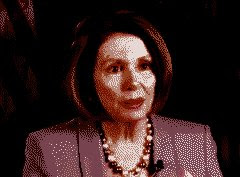 CNN’s GLORIA BORGER: “The Republicans have been very effective today. They really did come to play. They were very smart.” (CNN’s “Live,” 2/25/10)

CNN’s DAVID GERGEN: “The folks in the White House just must be kicking themselves right now. They thought that coming out of Baltimore when the President went in and was mesmerizing and commanding in front of the House Republicans that he could do that again here today. That would revive health care and would change the public opinion about their health care bill and they can go on to victory. Just the opposite has happened.” (CNN’s “Live,” 2/25/10)

THE HILL’S A.B. STODDARD: “I think we need to start out by acknowledging Republicans brought their ‘A Team.’ They had doctors knowledgeable about the system, they brought substance to the table, and they, I thought, expressed interest in the reform. I thought in the lecture from Senator John McCain and on the issue of transparency, I thought today the Democrats were pretty much on their knees.” (Fox News’ “Live,” 2/25/10)

Gee, David, you mean the intellectual giants -- Nancy Pelosi, Harry Reid and Schmucky Schumer -- aren't "strong"? What gave it away? The botox -- or the vapid expressions when confronted with multi-syllabic words?

Not just a single can of whup-ass, must be at least a sixer...