Without any other pressing matters of national concern looming, Obama advisers concentrate on 2012 reelection run

There's not much happening around the world and here at home to occupy a President's attention, which explains Politico's recent disclosure.

President Barack Obama’s top advisers are quietly laying the groundwork for the 2012 reelection campaign, which is likely to be run out of Chicago... [for] now the planning consists entirely of private conversations, with Obama aides at all levels indulging occasionally in closed-door 2012 discussions while focusing ferociously on the midterm elections and health care reform, the Democratic sources said. “The gathering storm is the 2010 elections,” one top official said. 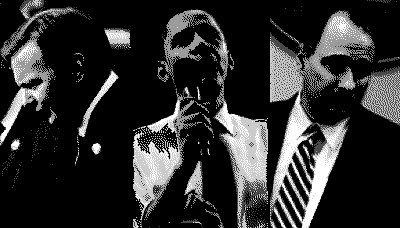 But the sources said Obama has given every sign of planning to run again and wants the next campaign to resemble the highly successful 2008 effort.

David Axelrod, White House senior adviser, may leave the West Wing to rejoin his family in Chicago and reprise his role as Obama’s muse...

The role assigned to Deputy Chief of Staff Jim Messina is interesting coming as it does on the heels of his apparent felonious offer of a job to a Democrat hack in return for a political favor.

And good to know that advisers at all levels are concerning themselves with reelection, what with only minor concerns like 20% underemployment, record foreclosures looming, massive tax increases on the way, a nuclear Iran and trillions in debt that will need to be refinanced in short order.

Gee, I can't wait to see more Obama commercials and some more of that cool "Sauron-eye" logo. We didn't get quite enough of either over the last couple of years.

Should we be surprised? If one thing is certain, democrats are adept at the dog and pony show. The void created from their ability to lead and legislate is filled with star-studded campaign technique.

Like my grandpappy always said: if you polish a turd, it will still be a turd.

I remind all that now is the time voter rolls must be cleaned from acorn and other fakevoter fraud.
Tea party folks etc unite and make sure rolls are cleaned prior to primaries.