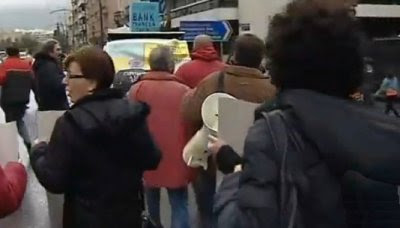 The protests, led by members of the SEIU and other public-sector unions, started peacefully enough. 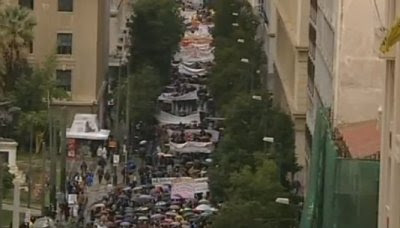 Thousands of union workers, many employed by the District of Columbia and the city of Baltimore, began marching to the White House through city streets north of the mall. 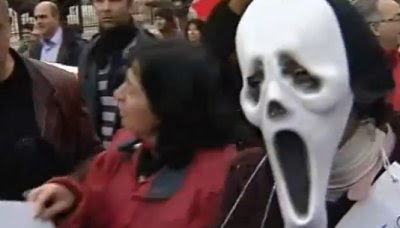 But, not unexpectedly, members of the SEIU's "militia" -- the enforcement wing of the union -- as well as other radical groups, made their presence felt. 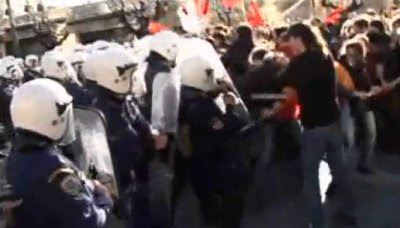 Three blocks from the White House, the marchers were confronted by lines of heavily armed police officers wearing riot gear. The reaction of the SEIU militants was all too predictable, given the union's fiery rhetoric leading up to the march. 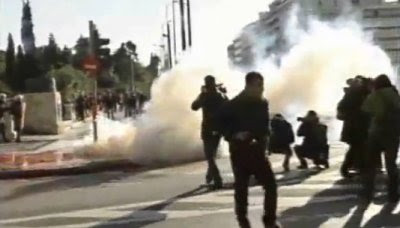 On K street, after protesters smashed in the windows of several office buildings, police fired tear gas to disperse the crowd. 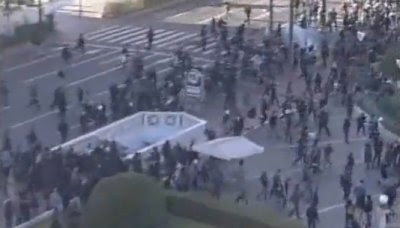 The crowds did disperse, but the day had just begun. 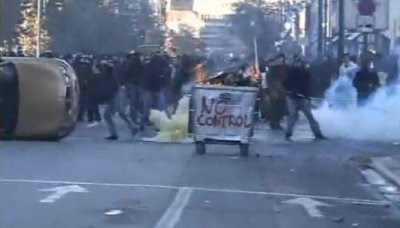 Barricades were hastily assembled, cars overturned and flammable liquids brought to create fiery reminders that the unions were not without power. 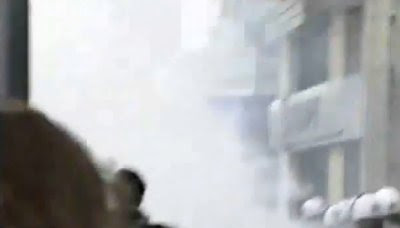 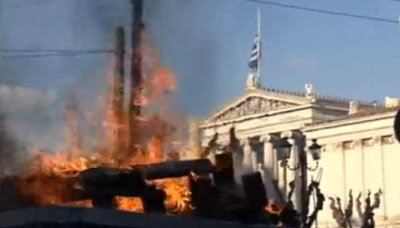 Burning barricades threatened some of the most august buildings in Washington. 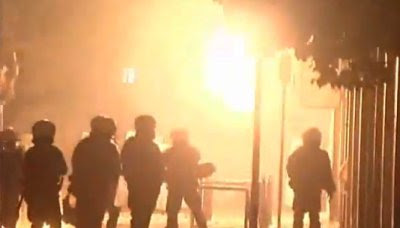 When night fell, Baltimore and the District both exploded in flames. Police officers cordoned off several major streets that had been barricaded with burning vehicles. 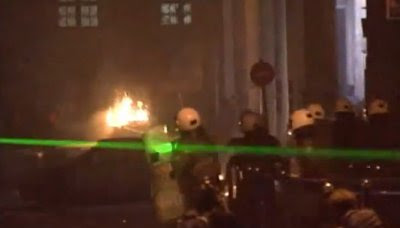 Automatic weapons fire was heard around 9pm in both the District of Columbia and in Baltimore proper. A city SWAT Team was ambushed by a group of red-clad "SEIU militia" and their vehicles set afire...

The toxins administered by public-sector unions are now -- at this very moment -- poisoning Europe. The continent is experiencing the spasmodic social and political convulsions that presage a true depression.

In Greece, the combination of rampant private unemployment with nearly a third of all workers employed by the government has resulted in skyrocketing and unsustainable debt.

• Greek's debt is nearing $450 billion or about 115% of its GDP. Yesterday, a union-backed general strike ground transportation to a halt.

• After a wage freeze was imposed on public-sector union members, Portugal is expected to suffer from a massive general strike on March 4th.

• In Spain, plans to raise the retirement age from 65 to 67 has resulted in major strikes with entire cities paralyzed.

If not addressed soon, these woes will spread to the United States as certainly as night follows day. The financial stability of cities and towns, counties and states and even the federal government itself hinges on crushing public-sector unions.

We must fire every single public-sector employee and hire the best and brightest back as "at will" employees or, better yet, privatize most functions and bid them out only to non-union shops.

We must break the backs of the SEIU and its ilk before they break this country.