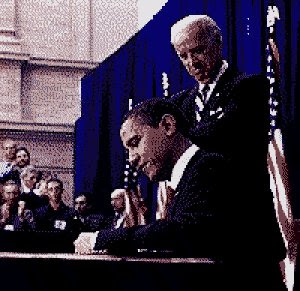 How Can Obama Be Taking A Stimulus Victory Lap, When We Don't Even Know Where The Money Went?

The Democratic Party is attacking some Republican congressmen for both opposing the stimulus bill and also helping direct some stimulus spending into their districts.

...Let me offer an analogy. Many Democratic congressmen opposed the Bush tax cuts. That was based, I presume, on their honest assessment of the policy. But once these tax cuts were passed, I bet these congressmen paid lower taxes. I bet they did not offer to hand the Treasury the extra taxes they would have owed at the previous tax rates. Would it make sense for the GOP to suggest that these Democrats were disingenuous or hypocritical? I don't think so. Many times, we as individuals benefit from policies we opposed. There is nothing wrong about that.

Illogical? Hypocritical? From the Democrats?

That seems implausible to me.