The Obama Recovery In Action: Terrified Health Insurers Lay Off Thousands To Prepare for Socialized Medicine

The Obama administration loves to market fabricated estimates such as the number of jobs it's said to have "saved or created." Those numbers have varied by millions based upon which party hack you're talking to and how many drinks they've had.

What would be more telling is the millions of jobs the Democrats have provably destroyed: threatening businesses large and small with new Cap-n'-Trade energy taxes; penalties for too little or too much health insurance coverage; and forced unionization via "Card Check".

The unrelenting attacks on the private sector have deterministic results. The massive health insurer Humana, for instance, just announced that it's laying off 1,400 employees (five percent of its workforce) this year. 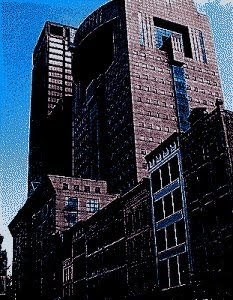 Call it preemptive, inevitable, cynical or reluctant, but this week’s announcement by Louisville, Ky.-based Humana Inc. that it will reduce its workforce... is also a reflection of reality.

Multiple realities, actually, including the prospect of some kind of U.S. healthcare reform, the continuing escalation of healthcare costs, the ability of technology and IT services to enable automation and reduce costs, changing demographics, and continued high unemployment...

...In a separate press release, Aite Group senior analyst Kunal Pandya pointed out that these cuts and additions may be part of a strategy to prepare the company for future changes brought on by healthcare reform.... Aite Group believes that when healthcare reform is enacted, early movers in focusing on elements that will be proposed by healthcare reform, like Humana, will find themselves positioned to benefit in the long-term.”

Clearly, Humana is trying to position itself for whatever the future might bring, in terms of regulation, competition and demographic changes. The “cautionary statement” text –- typically mind-numbing boilerplate –- that closed the February 17 press release illustrated this. For example:

“Humana's business activities are subject to substantial government regulation. New laws or regulations, or changes in existing laws or regulations or their manner of application, could increase the company's cost of doing business and could materially affect its business, profitability and financial condition. In addition, as a government contractor, the company is exposed to additional risks that could adversely affect its business or its willingness to participate in government health care programs.”

Within the last few weeks, health insurers like WellPoint, Aetna and United Health have announced thousands of layoffs. And pharmaceutical companies dropped around 8,100 employees in January alone.

If you're a business owner, it's virtually impossible to hire in the current environment. How can anyone forecast business conditions and contemplate hiring when the federal government pitches new taxes, new mandates, new regulations, new bureaucracies and new fees every day?

Maybe Kreskin is hiring, because no one else is good enough to predict what this out-of-control, authoritarian, centralized government will try next.

First we need to reform healthcare with universal healthcare coverage. Then we can come back and reform things like workers compensation and auto insurance. Doctor and hospital visits need to be covered and it shouldn't matter where they happen.

We can no longer let insurance companies decide what they do and do not cover. We have some employer's paying twice to their employee's health care, once in the employee's personal life and once while their at work.
___________________
Visit more:
passkidneystone