This is my prediction of what Senator Harry Reid will look like should Democrats participate in nationalizing one-sixth of the economy against the wishes of the American people. Apparently the message that was delivered in the election of Scott Brown to

-- wasn't quite clear enough. Perhaps this is. 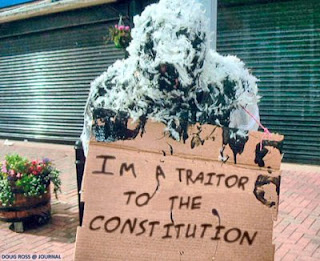 Like I said a couple of months ago, as far as investing goes, I'm long in pitchforks, torches, tar and feathers.