Grim Milestones: Lending Drops at 'Epic Pace', Past Due Loans at Record High, New Home Sales at Record Low, 30% of Mortgages at Risk 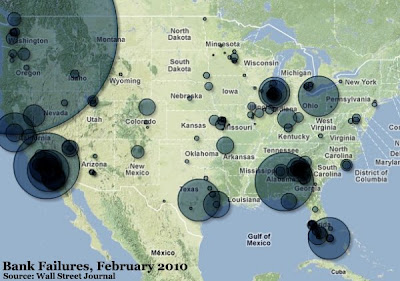 • U.S. banks registered their most severe declines in lending since 1942.

• The FDIC reports that the number of U.S. banks at risk of failure surpassed 700, which is a 16-year high.

• More than 5% of all loans are past due 90-days or more, the highest level ever recorded.

• 11.3 million, or roughly one-quarter, of all U.S. residential mortgages were in negative equity (worth less than their loans).

• 2.3 million more mortgages were approaching negative equity at the end of the year. Together, these represent 30% of all residential mortgages at risk. 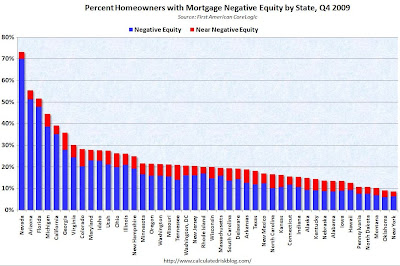 The icing on the cake? CNN alerts us to another catastrophic statistic:

• New home sales fell 11.2% to a record low in January despite an $8,000 tax credit. It was the lowest rate since the feds began tracking the statistic and followed drops in November and December.

I really wish President Obama had held a real job before he took his current role. Like, running the cash register at a 7-11 or serving as the assistant manager of a LaserTag franchise. I think some experience in the real world would have helped.

It might have gotten him off of this bizarre health care obsession.

This is all so confusing. Obama keeps telling me that things are getting better because of the Recovery Act ... and he would never lie to Americans.

At least the system is working at airport screening. I am pretty sure I was told so by someone in this administration ... one which would never lie to Americans.

In addition, a priority table is prepared so that a less important expenditure can be postponed or omitted altogether. With the changing times, the couple themselves finance the wedding. for more information about Wedding Loans