The Pew Research Center sounded the alarm last week with a report that State Retirement Systems are underfunded by more than $1 trillion. Public-sector unions and Democrat politicians have created a looming catastrophe in the form of unaffordable defined-benefit pension programs. 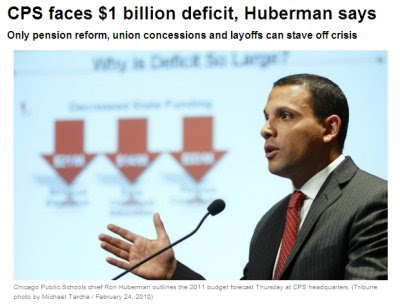 The President's home town of Chicago has a public school system that's a billion dollars underwater, thanks in large part to teachers' unions and their unaffordable compensation programs. But, no, let's not allow school choice -- that would expose the public school system as a giant boondoggle which is literally raping the taxpayers.

Chicago Public Schools is facing a deficit of up to $1 billion next year that can be reduced only through a combination of pension reform, union concessions and job cuts, schools chief Ron Huberman said Thursday... The grim 2011 budget forecast takes into account a skyrocketing pension obligation next year and contractual raises for teachers that together increase costs by about $450 million over this year...

...While Huberman said that he hoped the union would work with him on the issues, the union balked at the suggestion of opening its contract... Next year, the district will pay teachers an additional $169 million under their contract, which includes a 4 percent cost-of-living raise. The underfunded teacher pension will cost the school district a whopping $587 million next year, a 91 percent increase from this year...

...One potential bright spot is that CPS balanced this year's budget without $200 million in state funding it has not yet been paid. The state, suffering its own financial woes, is behind in its bills to the tune of $4.2 billion, including some $725 million owed to schools. If CPS ultimately receives the promised funding, it will have an extra $200 million for next year's deficit.

So what's the Obama administration's plan? 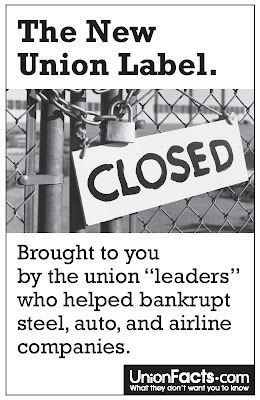 Under card check, unions would seek certification without a secret ballot once a majority of targeted employees have signed cards. Union bosses -- not members -- favor EFCA because the "cards are often signed under coercive or intimidating circumstances and do not represent informed intent." 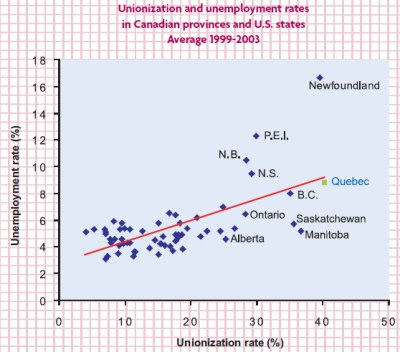 But unions spent more than a hundred million dollars electing Democrats in 2008. And they are going to get a return on their investment, no matter how much harm it inflicts on America.