2,000 Green-Slips Issued By Solar Outfit, Which -- Predictably -- Had Received $1.5 Billion in Taxpayer Loans

I've read about so many green energy scams like this one that I was forced to quit updating the Handy Dandy Energygate Cheat Sheet.

First Solar, a solar energy company that received a $1.46 billion loan guarantee from the Department of Energy, announced today that it will layoff 2,000 workers in the United States and world-wide.

The company will "indefinitely idle" four production lines in Malaysia and shutter a plant in Germany. "These actions, combined with other personnel reductions in Europe and the U.S., will reduce First Solar's global workforce by approximately 2,000 positions, about 30 percent of the total," First Solar announced today. 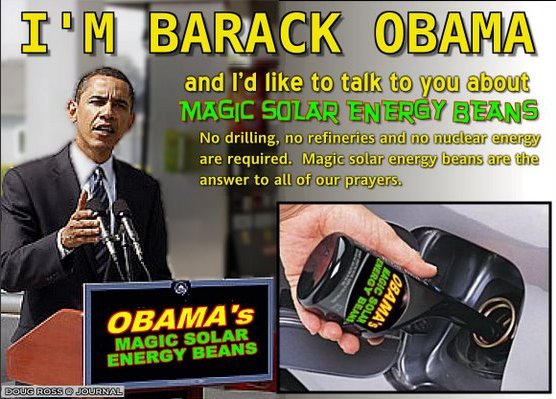 ...In December, First Solar laid off 100 employees at a Santa Clara , Calif., plant. The DOE has committed $1.46 billion to a project in Riverside County, California expected to create 15 permanent jobs and 550 construction jobs.

When green-collar workers get pink-slipped, are we supposed to call them 'green-slips' or just 'the utterly predictable failures of Democrat central planners'?

Your headline is a lie.

Or is the Department of Energy lying about the amount they've guaranteed to First Solar in backstopping funds?