Dog: It's Not Just for Dinner Anymore

The Daily Caller's brilliant Jim Treacher discovered the ultimate counter to the progressives' latest pathetic attacks against Mitt Romney. Back in the eighties, the candidate and his family apparently vacationed with their dog, which was transported in a carrier strapped to the family Truckster's roof. Baby boomers will recall that this practice was commonplace in that era.

In any event, Treacher recalled an event recounted in one of Obama's several autobiographies: as a child, young Barry Soetero -- his name at the time -- enjoyed an entree of roast dog. It's not just for dinner any more.

"With Lolo, I learned how to eat small green chill peppers raw with dinner (plenty of rice), and, away from the dinner table, I was introduced to dog meat (tough), snake meat (tougher), and roasted grasshopper (crunchy). Like many Indonesians, Lolo followed a brand of Islam that could make room for the remnants of more ancient animist and Hindu faiths. He explained that a man took on the powers of whatever he ate: One day soon, he promised, he would bring home a piece of tiger meat for us to share."

In short, Treacher's response to the Romney vacation allegations turned out to be the rhetorical equivalent of a Blake Griffin dunk over Pau Gasol. The reactions have been priceless.

Sondrakistan offers us the exclusive picture: 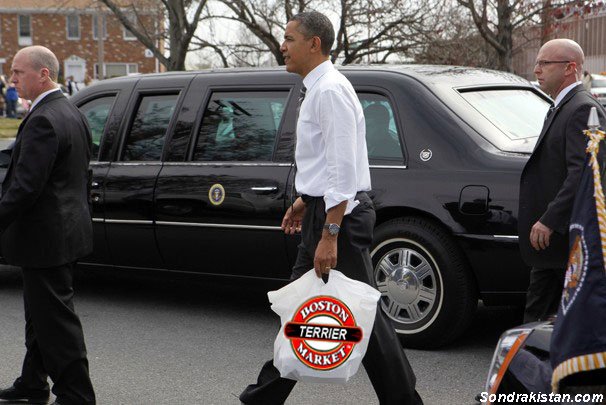 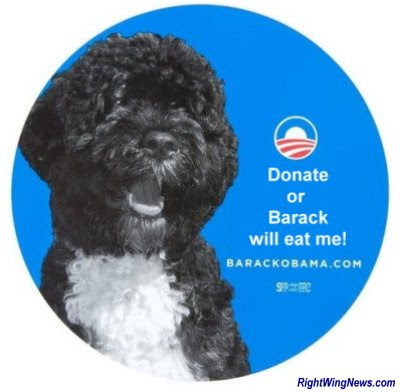 It's a "Dog Eat Dog" world in Washington.

I refer, of course, to the outstanding Eddie Bunker crime novel and not the recent canine kerfuffle. 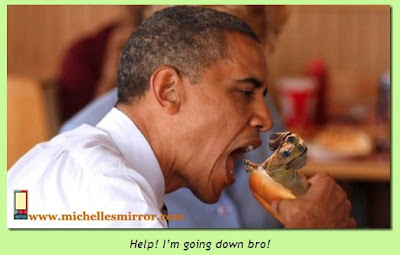