'Unlikely To See The Light of Day'

This is how Uncle Ben describes a letter he dispatched to the editors of The Washington Post. 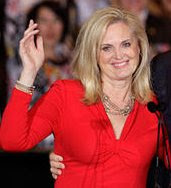 It is striking what passes as reporting on the pages of The Washington Post. The most recent example is “In TV Land, Legions of ‘Strategists,’” in which readers are told that Hillary Rosen, who made ill-advised comments about Ann Romney, "has no official role in the Democratic Party" and is not "paid by the White House."

However, the article makes no mention of reports that, over the past three years, Hillary Rosen met at least 35 times at the White House with the President's top communications and political strategists as well as with the President himself.

It is possible that Hillary Rosen, the frequent White House visitor, and Hillary Rosen, the “Democratic strategist” on CNN, are not the same person, as the President’s spokesperson has suggested. Of course, getting to the bottom of that issue would require that someone at the Post actually investigate and report the facts rather than merely regurgitate Democratic Party talking points.

Whenever I (reluctantly) deign to read the WaPo, I often find myself imagining a drooling 50-year old "reporter" weaving the text of DNC press releases into articles disguised as "news".

If he has any dignity left, he's not drooling, he's crying and drinking at his desk.

I won't even read the WaPo anymore because it is so blatantly biased. Nauseating....