Just don't ask the cops driving them to chase anything faster than bike messengers.

Forty percent of New York City government vehicles are hybrids or run on alternative fuels. The New York Police Department is exempt from the aggressive environmental vehicle procurement requirements of other city agencies and yet, they have at least one marked patrol car labeled for traffic enforcement.

As a commenter notes, this will be for meter maids and intersection control, not armed police officers.

"For meter maids and intersection control". 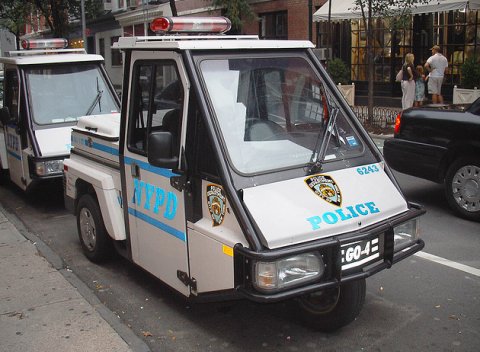 If liberals weren't in power, they'd be useful only as punchlines in sitcoms.

Can't wait to see them perform in Winter......Do they come with an extra pair of 'wooleys'?

Will: The Volt has a curious way of keeping itself warm! LOL

What happend to Horses ?