I would assume that Van Jones wasn't available.

Remind me why we support public education again? ... At least the Totalitarians are out in the open. The Socialists, Communists, Democratic-Socialists (euphemism for Socialists and Communists) are hiding in plain sight and they are in charge of our children. 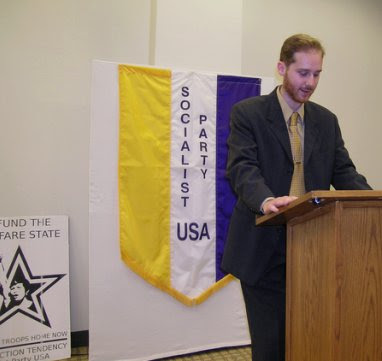 They are making public education their base of operations for obvious reasons.

One of their new organizer’s jobs is to unionize charter schools which would destroy alternative public education and continue the failed public education monopoly, while relegating poor children to the fate of an inferior and radical education.

One of the reasons public education is failing is the unions. As an educator, I see them as self-serving socialists who care nothing about the children – schools are not for children in their world, schools are for them. This is something I have been told by many a union leader. The breakdown of our social fiber is no small contributing factor either.

The AMERICAN FEDERATION OF TEACHERS (AFT) is a national union headquartered in Washington, D.C., and is affiliated with the Socialist, thuggish American Federation of Labor–Congress of Industrial Organizations (AFL-CIO). The AFT joined with the NEA to form an NEAFT Partnership in 2001. AFL-CIO affiliation is optional for them since that was always a sticking point. The AFT and NEA collaboration was charted to strengthen the organizations’ abilities to buy politicians’ votes and to negotiate favorable contracts in the twenty-first century.

Hiring radicals at the AFT is nothing new. Albert Shanker, the AFT leader who died in 1997, was an avowed Socialist all his life... Now the AFT has hired a Socialist, Shaun Richman, who is also a Truther and Osama bin Laden apologist... Shaun Richman, the new deputy director of organizing for the AFT, gained his experience organizing for the Socialist Party USA. [Little more than two months ago, Richman wrote:] 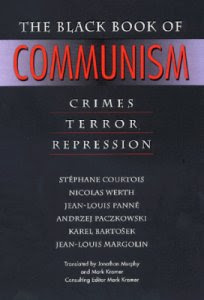 Quitting the Socialist Party freed me to commit the twin heresies of reading V.I. Lenin and Michael Harrington. My political perspective hasn’t changed very much, but my perspective has become more nuanced. This leaves me very familiar with American social democratic theory and with the twists and turns of the old Socialist Party, as well as its last major off-shoots, and, thanks to Si Gerson’s library, with the external work and internal factionalism of the Communist Party, at least up until 1960...

Bryan D. Palmer’s “James P. Cannon and the American Revolutionary Left” begins to fill in some of that gap. Cannon is best known (to the extent that he’s known at all) as a father of American Trotskyism and founder of the Socialist Workers Party. Palmer’s volume focuses on the period when he was a founder of the Workers (Communist) Party. Along with such odd bedfellows as William Z. Foster and Jay Lovestone, Cannon helped foster a native expression of Marxist-Leninist agitation in America, while navigating intense and ever-changing factional intrigue in the party and the International...

...[Members of] the Socialist Party are Truthers... The Truther argument conveniently works with the Socialist anti-war platform and they get to pick up more members from the vulnerable in the peace movements and Libertarian movements. It’s a political ploy as are most of the Socialist agenda items. They want Totalitarianism at all costs and will say anything to pick up members.

So what does this Totalitarian make as a salary? Comrade Richman makes a capitalistic $212,746 salary because, like all good totalitarians, the rules don’t apply to him. He just wants you to make minimal salaries for your labors.

Just the kind of leadership we want in our schools, no?

I have asked this question over and over again: when did it become acceptable for Communists to infiltrate American institutions and the Democrat Party's leadership?

Communism is mass-murder. It is genocide. It is antithetical to the United States Constitution. And it must be stamped out in this country.

Which is why the Democrat Party must be obliterated at the ballot box in November. O. Blit. Eh. Rated. I will march on broken glass to vote, and I will for vote every non-Democrat I can. Because this party is defective. It's been poisoned. It is anathema to the American family and American values.

We must politically crush this virus. November is coming.