Your future under Obama: Union thugs pressuring you 24/7

That is, if you're lucky enough to have a job.

Unknown figures entering your workplace through the back door without identification. Harassing late night phone calls. Strangers blocking your driveway and studying your exact movements. 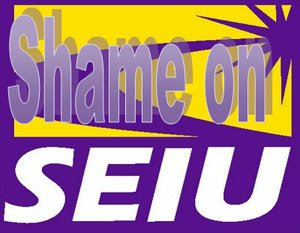 These are not just the tactics of common criminals and thugs; they are also the tactics of Service Employees International Union Healthcare Workers West organizers at Chapman Medical Center in Orange County...

"It is just ludicrous," said Marlene Felter of Costa Mesa, a medical coder in Chapman's financial department. "(The company) said the SEIU can come in and organize (without any notice). SEIU organizers were calling people on their jobs and showing up at people's homes at 9 o'clock at night... "They would block people in their homes and driveways. How they got our cellphone numbers I don't know, but we've received numerous calls from different numbers... They wanted to know what my hours were, when I came and left work, and my pay."

You see, SEIU officials and Chapman management entered into a backroom deal known as a "neutrality agreement," designed to grease the skids for workers to be forced into union ranks.

However, the agreement is anything but "neutral:" Company officials granted union operatives access to company facilities to conduct a coercive "card check" organizing campaign in which union organizers pressure workers to fill out cards that count as votes for unionization of the workplace. Meanwhile, Chapman waived the right to have a federally supervised secret-ballot election to determine whether employees really wish to be unionized. 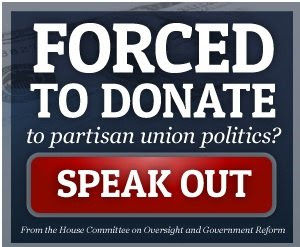 In response to the union's coercive tactics, a majority of hospital workers signed cards, letters, and petitions stating that they do not want the SEIU union bosses' so-called "representation." Instead of respecting the employees' wishes, Chapman officials accepted SEIU officials as the workers' monopoly bargaining agents after a rigged "card count" was held in November 2011.

"The SEIU 'won' by two votes because they kept throwing the votes out," Felter told us. "It was all done behind closed doors."

...Felter has filed federal unfair labor-practice charges with the National Labor Relations Board against SEIU and company officials. She seeks an injunction to stop hospital and SEIU officials from illegally negotiating a contract based on the fraudulent "card check" union recognition because the union does not have majority support of the workforce. Because of the gravity of the charges and the overwhelming evidence, the NLRB has authorized investigative subpoenas...

Uhm, hate to be Johnny Buzzkill, Ms. Felter. But I wouldn't get your hopes up with the NLRB. After all, they're not even legitimate appointees.


Card Check - That's a pretty little house ya got there.
It'd be a shame if it got boined up.

You just know the union is trying to figure out how to compel stay at home Moms to unionize, like they did with home caregivers.