There are really no depths to which Democrats won't stoop in order to keep their unconstitutional Ponzi schemes running, are there?

Uncle Sam, in a desperate attempt to fix its $16 trillion-plus deficit, is leering over Americans’ retirement nest egg as its new bailout fund. 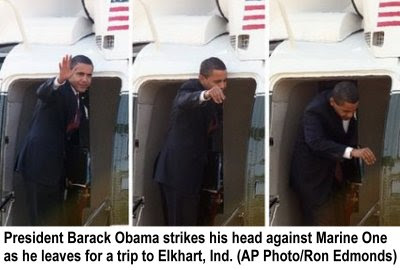 Capitol Hill politicians are assessing tax changes that could let the Internal Revenue Service lay claim to a portion of the $18 trillion sitting in 401(k) accounts and other tax breaks used by middle-class workers, including cutting the mortgage tax deduction... as one way to prevent government bankruptcy.

I love the term "tax breaks", don't you? As if it's the government's money, and not yours.

Besides 401(k)s, other possibilities include the mortgage-interest deduction on second homes, as well as benefits from employer-provided health insurance, which are untaxed now.

And once the mortgage-interest deduction is removed for second homes, it won't be much longer until all mortgage deductions are eliminated. Because when the Constitution no longer constrains government, the leviathan becomes insatiable.

And all of these Rube Golberg contraptions should do wonders for the housing market, don't you think? 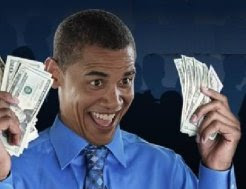 Last week a group of retirement industry experts went to Capitol Hill to criticize these proposed changes in retirement-plan rules. “These changes could have unintended consequences,” warns Lynn Dudley of the American Benefits Council (ABC).

Testifying before the House Ways and Means Committee about the proposals, Randolf Hardock, of ABC’s board of directors, said, “[The idea] could seriously undermine the retirement savings system.”

Jack VanDerhei, research director of Employee Benefit Research Institute (EBRI), believes either of the two proposed 401(k) changes under review would have a “catastrophic” effect on the current retirement saving system.

How about a really crazy idea? Like the federal government slashes expenses until it's spending only what it takes in? Oh, that's right -- we have a president addicted to trillion-dollar deficits. Forget I mentioned it.

It's just me or the Obama administration is trying to outdo Cristina Kirchner's economics?

Un-intended consequences my ass. We all know this administration views the baby boomer generation as a viable scapegoat for unfunded retirements (they WERE funded, until the criminals in DC got their filthy paws on it)and other expenses, especially MEDICAL. They plan on accelerating the death of this entire generation as a good way to implement Agenda 21, steal our retirement $$$, and save the sham that is obamacare.