That's what Doug Mataconis calls this:

A guy named Michael "Flathead" Blanchard died in Colorado this week, and this is what the Denver Post printed: 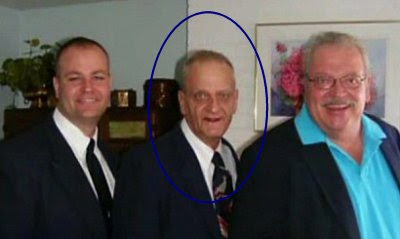 Weary of reading obituaries noting someone’s courageous battle with death, Mike wanted it known that he died as a result of being stubborn, refusing to follow doctors’ orders and raising hell for more than six decades. He enjoyed booze, guns, cars and younger women until the day he died...

Mike was preceded in death by Clyde and Ethel Blanchard, survived by his beloved sons Mike and Chopper, former wife Jane Transue, brother Stephen Blanchard (Susan), Uncle Don and Aunt Cynthia Blanchard(his favorite); Uncle Dill and Aunt Dot, cousins and nephews, Baba Yaga can kiss his butt. So many of his childhood friends that weren’t killed in Vietnam went on to become criminals, prostitutes and/or Democrats...

...He asks that you stop by and re-tell the stories he can no longer tell. As the Celebration will contain Adult material we respectfully ask that no children under 18 attend.

As an aside, I think it's the second-best obituary ever. That of Donald Charles Unworth remains number one.

at 6:33 PM
Email ThisBlogThis!Share to TwitterShare to FacebookShare to Pinterest
Labels: Democrats, Water-cooler