Obama's Third Annual Summer of Recovery™ -- By the Numbers

The Obama "recovery" is just as ephemeral as the media's coverage of Operation Fast and Furious. Which is to say: it sucks.

Here are the critical numbers that you won't see covered in legacy media. 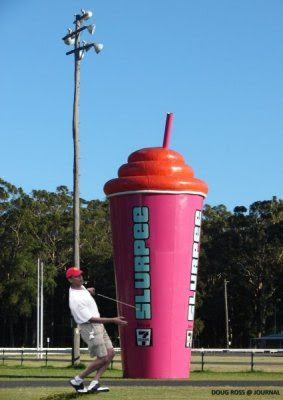 • Strategas Research believes corporate profits may have declined on a quarterly basis for the first time since 2008.

• The U.S. economy grew at an anemic 2.2% annual rate in the first quarter.

• Citigroup and IHS Global believe that the first quarter may represent the best growth we see all year. In other words, that economic growth will dip below 2% for the remainder of 2012.

• The Federal Reserve found that since 1947, if sub-2% growth occurs in two consecutive quarters, there is a 50 percent change of an immediate recession.

• This is the 11th quarter of the Obama "Recovery", during which time the economy has only grown a total of 7 percent. Conversely, during the first 11 quarters of the Reagan Recovery, the economy grew 18%.

• The Obama administration's forecasting skills leave much to be desired. Since 2009, the White House has consistently overestimated its ability at central-planning of the economy:

• The good news? According to the forecasting model developed by Yale University's Ray Fair, if forecasters are accurate about a continued slowing of the economy, Obama would win only 48.4% of the vote. And that, my friends, would be a crushing loss for America's worst president.