Someone allegedly named "Steve Zwick" somehow hacked into Forbes' content management system and posted a vicious screed attacking those who believe global warming is a money-making scam. Which, of course, it is.

...the denial machine is ratcheting up its disinformation campaign, and therein lies the problem. Every time someone validates or fine-tunes the science, ten or twelve well-funded and active propagandists pop up to distorting it – usually by twisting the attempts at fine-tuning into “proof” that the models are fundamentally useless, and then launching childish attacks on the scientists themselves. 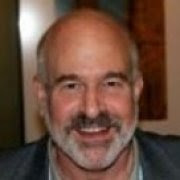 This propaganda has already set us back two decades, during which the costs of dealing with climate change have risen and our chances of curtailing it have diminished... Let’s take a page from those Tennessee firemen we heard about a few times last year – the ones who stood idly by as houses burned to the ground because their owners had refused to pay a measly $75 fee.

We can apply this same logic to climate change.

We know who the active denialists are – not the people who buy the lies, mind you, but the people who create the lies. Let’s start keeping track of them now, and when the famines come, let’s make them pay. Let’s let their houses burn. Let’s swap their safe land for submerged islands. Let’s force them to bear the cost of rising food prices.

They broke the climate. Why should the rest of us have to pay for it? ... The models have proven incredibly accurate when it comes to projecting the overall rise in extreme events, they still can’t tell you exactly which specific storms arose from climate change and which would have happened anyway – and they probably never will. They also can’t tell us which company’s emissions caused which change in temperature – and that’s something they’ll never be able to do, because CO2 emissions all get mixed up in the air.

Tell you what, Zwick -- if that is your real name -- how about you warmists go without fossil fuels instead? See, we Constitutional conservatives aren't wannabe totalitarian despots like you nuts. We just want you to live as if there really is a climate crisis.

So, if you want to impress us, we want to see you living without electricity, without food shipped by truck, without the use of automobiles, without using plastics, without jetting around the planet, without all of the wonders provided by our magnificent civilization.

And this, we know, you will not do.

Which is why you and your unscientific religion of Eco-Statism must be dismissed.

So go stick your head in some sand and live like you preach, Zwitler.

Today on {The Hill.com} Al Franken moaned that no republicans showed up at his climate-change committee hearing. Wonder if Al bought carbon-tax credits that are now worthless?

Have Steve Zwick and James Hansen ever been seen in the same room together? I think not.

Coincidence indeed - I just commented on William Brigg's blog on this very topic:

"... it’s hypocritical of eco-loons to preach a “low carbon lifestyle” while taking full advantage of the “high carbon” necessary to merely exist, let alone eating, travelling to work, jetting around to preach to the chauvinists who’ll listen and absorb every word uncritically."