Yes, Speaker Boehner: Democrats Think You're Stupid and Weak. Yes, They're Laughing At You.

How else to explain President Obama's shameless ripoff of $8.3 billion in taxpayer money, which he has turned into a de facto campaign contribution?

Let me explain: when Democrats passed the 2,700-page Obamacare bill -- you know, the one that not one person bothered to read -- they didn't realize it contained several electoral time-bombs.

One of its dictates shredded the popular Medicare Advantage (MA) program starting in... October. Yep: just before the 2012 elections. Realizing their mistake, HHS head Kathleen Sebelius decided to steal $8.3 billion from another part of Medicare to hide the mistake from seniors until after the election. 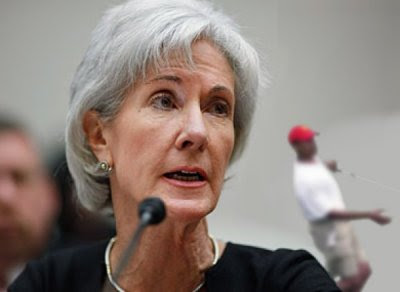 A new report by the Government Accountability Office (GAO) shows that a demonstration program created by the Obama Administration in Medicare Advantage (MA) is primarily designed to "demonstrate" how to hide politically unpopular parts of Obamacare.

...Obamacare’s cuts to MA would severely reduce the quality of the program and force enrollees back into traditional Medicare... "Phased in between 2012 and 2017, the MA cuts will substantially restrict the ability of Medicare beneficiaries to choose the health plans that best meet their needs and will result in substantial reductions in coverage for many millions of seniors and disabled Americans." Medicare’s Office of the Actuary predicts a 50 percent drop in enrollment by 2017.

...The GAO’s review of the [bogus] demonstration’s budgetary impact shows that it is “at least seven times larger than that of any other Medicare demonstration conducted since 1995.” The estimated cost of the program is a whopping $8.35 billion... The GAO recommended that the White House “should cancel the MA Quality Bonus Payment Demonstration and allow the MA quality bonus payment system established by [Obamacare] to take effect.”

In short, the GAO exposed the ripoff and strongly recommended that HHS cease and desist. Even The Washington Post has urged the Obama administration to stop this unlawful activity, because it is intended only to temporarily disguise the damage that Obamacare will bring.

Should HHS fail to cancel this illicit campaign contribution, the House of Representatives needs to subpoena Kathleen Sebelius and demand an explanation. And if she perjures herself, it must hold her in Contempt of Congress.

well how about that, I also think Boner is stupid and weak.

in fact I know he is stupid and weak.