Well, this certainly changes the trajectory of the story:

A new photograph obtained exclusively by ABC News showing the bloodied back of George Zimmerman's head, which was apparently taken three minutes after he shot and killed Trayvon Martin, gives possible credence to his claim that Martin had bashed his head against the concrete as Zimmerman fought for his life... 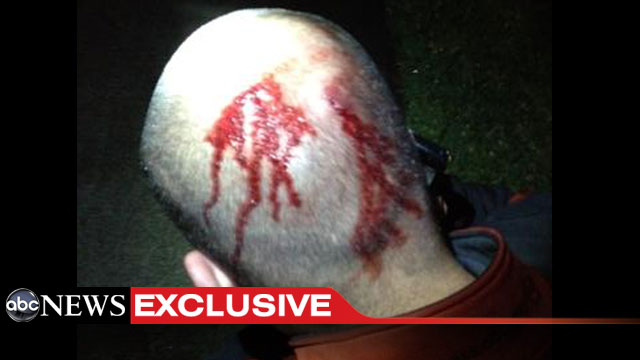 The revelation comes as his attorney and prosecutors prepare for Zimmerman's bail hearing today, which could result in his being released from a Florida jail. Zimmerman, 28, is being held on charges of second-degree murder for the Feb. 26 shooting of Martin, 17, which could carry a life sentence if he is convicted.

Zimmerman told police that night that he shot and killed the teenager in self-defense after Martin punched him and pounced on him.

at 9:54 AM
Email ThisBlogThis!Share to TwitterShare to FacebookShare to Pinterest
Labels: Crime, Democrats, MSM, Obama