Question: what does the Obama EPA's stated policy of "crucifying" oil companies do to gas prices?

This nitwit is an EPA administrator who bemoans the fact that he "only has 150 enforcement people for five states". And his policy is to crush the oil and gas industries (uhm, and don't even ask about coal, which produces the lion's share of electricity in this country).

I thought EPA Assistant Administrator Mathy Stanislaus telling Congress that his agency doesn't look at jobs losses when doing its economic analysis was something, but that's nothing compared to this video of an EPA administrator comparing what he does to ancient Romans soldiers conquering a village. The Washington Examiner's Joel Gehrke reports [emphasis mine]: 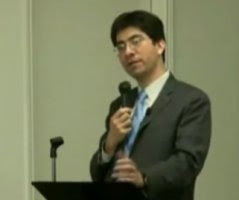 Al Armendariz, a regional administrator for the Environmental Protection Agency, explained in 2010 that he understands the EPA policy to be to "crucify" a few oil and gas companies to get the rest of the industry to comply with the laws.

"I was in a meeting once and I gave an analogy to my staff about my philosophy of enforcement," Armendariz said during a meeting in 2010. "It's kind of like how the Romans used to conquer little villages in the Mediterranean: they’d go into little Turkish towns somewhere, they’d find the first five guys they’d run into, and they’d crucify them and then, you know, that town was really easy to manage over the next few years."

...Armendariz went on to say he believes in hitting oil and gas companies "as hard as you can" to "make examples out of them."

I'd like to make an example out of the EPA by completely de-funding it next year. It's the only way to be sure.

Oh, and just for fun, here's what the Obama EPA's policy of "crucifying" oil companies has done to gas prices:

These hypocrites should be required to forego all of the luxuries of the real energy economy: automobiles, airplanes, food transported by truck, plastics, etc. Because if they can't live what they preach, why the hell should we?

So, the time has arrived to start dumping my used oil down the storm drains in King County.