A follow-up to this morning's "Chart illustrating the uncanny resemblance of the federal government to an organized criminal operation":

It's not enough that tens of billions of dollars are wasted each year on food stamp fraud. One would assume that it's done surreptitiously and cautiously, away from the public eye. And one would be wrong.

Because it turns out, as Twitchy discovered, that criminals are openly buying and selling food stamps on the social networks.

Food stamps aren’t just a hot topic on Capitol Hill and among presidential candidates. They are also a much-discussed topic on Twitter... According to the U.S. Department of Agriculture, food stamp trafficking is illegal ... Yet many Twitter users openly discuss the purchase or sale of food stamps: 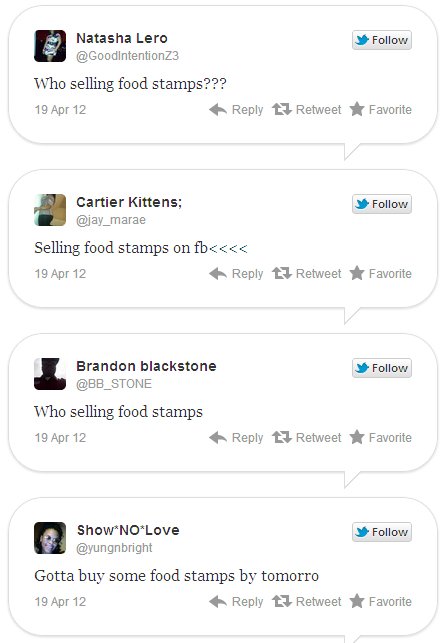 Gee, government is such an outstanding steward of our hard-earned money, ain't it? 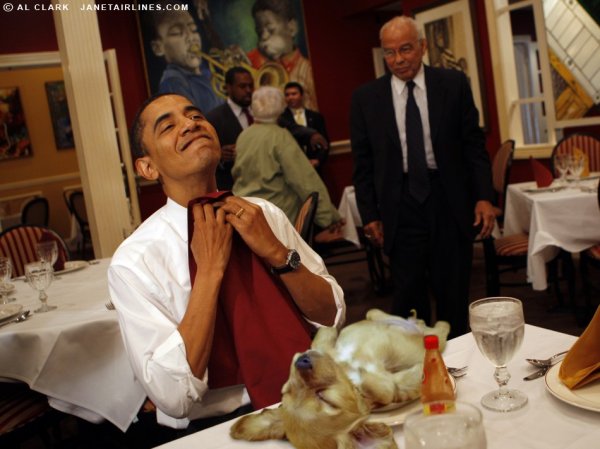 And I'll bet they'll put those extra funds confiscated by "The Buffet Rule" [sic, intentionally] to good use. Those damn rich people. They don't deserve their money!

Because if there's one thing I've learned over the years, it's that a massive, bloated, authoritarian, extra-constitutional and centralized government knows how to spend our money better than you and I do.

This one can't fade away without adding the link to Hitler finding out Obama ate his dog.