Mark this story as reason #4,602 that John Boehner is a complete sellout. There is no support for Obamacare. None. Not in government. Not among unions. Not among anyone with more than two neurons to rub together. And not among the OFA brown-shirts that organized hysterically failed pro-Obamacare rallies nationwide yesterday. 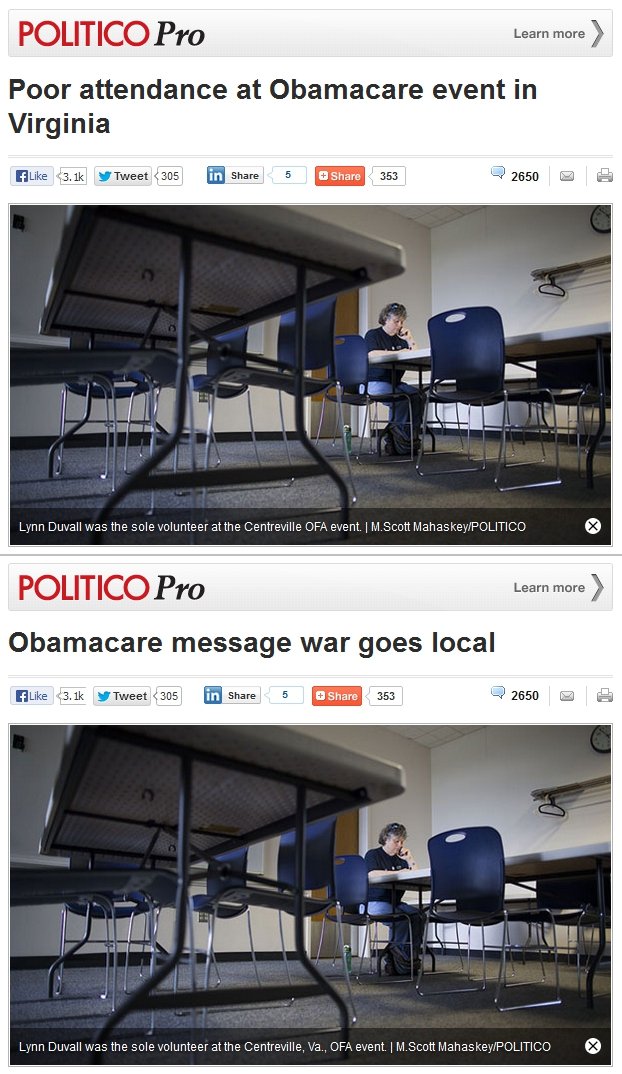 Sheppard attributes the change to some editor at Politico. But my guess is Valerie Jarrett or one of her henchmen threatened the WaPo for Wash-Outs with any number of punishments.

The media is running so scared now that they won't even report on their own scoops (e.g., the latest shocking Benghazi revelations which were somehow ignored at today's press conference).

In other words: fascism, just like every other Banana Republic.

Whether or not "John Boehner is a complete nitwit" is completely immaterial - what WOULD make a compelling story is if John and/or other senior-level Republicans made a deal with Obama to treat ObamaCare with kid gloves, or if Conservative Big Business sees ObamaCare as a cash cow (and, has "lobbied" their GOP Congressmen accordingly), or some other backroom shenanigans commonly referred to as "politics" ;-)