100 MILLION "ANECDOTES": Cancer-Stricken Patients Lose Their Insurance Plans and Doctors Thanks to Obamacare

CancelCare: Dismissed as anecdotal exceptions, as many as 80 million people with employer health plans, like a Virginia cancer patient, now find their coverage being canceled because it doesn't comply with ObamaCare.

Debra Fishericks, who has been working for the past 10 years at Atkinson Realty in Virginia Beach, has been frantically scouring Healthcare.gov for a plan that fits her. 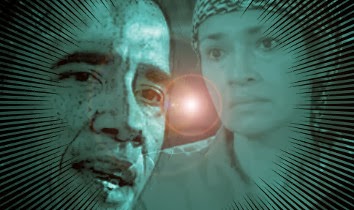 But she's finding, like so many others, that premiums and plans like the one she had are out of her price range.

Fishericks is battling kidney cancer, and while one of the benefits of ObamaCare was supposed to be that people with pre-existing conditions could not be denied insurance, those who already had it are losing it.

As with Fishericks, the policies they liked and helped to keep them alive have been decreed "substandard" and must be replaced with compliant and more expensive policies the Obama administration considers "better."

"On June 30, 2014, I will probably not be offering company insurance for my employees. I just can't afford it," Fishericks' boss, company owner Betsy Atkinson, told CBS News, meaning Fishericks and many others like her must now fend for themselves.

"We were happy, we had great insurance. We had continuing care for our employees," Atkinson, owner of a realty company, told affiliate WDBJ.

Fishericks has looked on the ObamaCare website for a new policy, but to her dismay the plans on the site come with premiums that she cannot afford.

"They just go up higher and higher when there is a pre-existing (condition)," Fishericks says.

To the Obama administration, Fishericks' story is another "anecdote," part of the 5% minority President Obama and his cronies claim are unfortunate exceptions to the rule.

They are like Edie Sundby, a stage four cancer patient about to lose the "substandard" health plan that helped her survive all these years with her insurance paying out $1.2 million, and whose op-ed in the Wall Street Journal earned her a direct rebuke from the White House.

Stan Veuger of the American Enterprise Institute said that in addition to the individual cancellations, "at least half the people on employer plans would by 2014 start losing plans as well."

There are approximately 157 million employer health care policy holders. So that's almost 80 million about to lose their coverage. Eighty million.

Projections the administration itself issued back in July 2010 made it clear officials knew the impact of ObamaCare three years ago.

Powerline's John Hinderaker cites the Federal Register of June 17, 2010, beginning at page 34,552 (Vol. 75, No. 116), which includes a chart that indicates that the Obama administration expected that somewhere between 39% and 69% of employer plans would lose their "grandfather" protection by 2013.

For small-business employers, the estimate was that between 49% and 80% would lose their plans.

The destruction of the private health insurance market is no accident. The architects of ObamaCare see it as a necessary precursor to a single-payer system something like Britain's National Health Service, where the mortality rates for cancer are abysmal.

According to an article in Britain's Lancet Oncology, U.S. men and women, even with their "substandard" insurance, have much higher cancer survival rates than their English counterparts.

In the administration's view, apparently that and the loss of Debra Fishericks' cancer coverage for her kidneys is a small price to pay so Georgetown law students like Sandra Fluke can get free contraceptives.

All these people who are going to die are the lucky ones. The rest will have to live in the troubled state of 'what will be will be'.
Its better to depart now than endure what America is to become.
Make peace with God and move along, it's the only permanent outcome.