IT'S THE NEW MATH: Healthcare.gov Website Only 30% Done But Will Work for 80% of Users in 11 Days

NRO reports that as much as 70 percent of the entire Obamacare website will have to be rewritten. 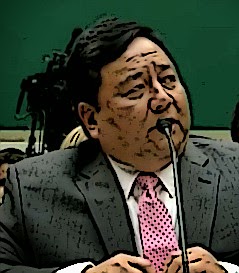 A chief official responsible for building the federal health-insurance exchange revealed that as much as 70 percent of the system still needs to be built.

Henry Chao, the deputy chief information officer for Centers for Medicare and Medicaid Services, told a House subcommittee that the administration still needs to construct the payment systems and other “back office” functions, which constitute 60 to 70 percent of the system.

The White House has said that HealthCare.gov will be functioning for a “vast majority of people” by its self-imposed November 30 deadline... [they] will consider the website a “success” if 80 percent of users are able to enroll by the end of the month.

In other words, the Obama administration has spent the last three years building a website that is only 30 percent complete, but by November 30th it will work correctly for 80 percent of the users.

Those percentages add up... if your last name is Pelosi or Jarrett.

But don't worry, it's a bargain at any price: the site has only cost the American taxpayer around $630 million. So far.

I swear to you that the first person to write an Office Space-style screenplay focusing on the Obamacare website debacle is going to make a hundred million dollars.

We should file a FOIA for the TPS reports...