LEVIN: Uhm, History Tells Us That a President Does NOT Need to Have Been a Governor

Mark Levin drops some science on those who insist that the next president must have served as a governor: 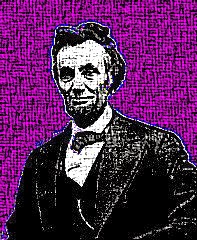 Lincoln is considered our greatest, if not our second greatest president by most. He was never a governor. He was never a senator. He was an extraordinary man, and he was a public man, and people knew much about him. The Lincoln-Douglas debates -- and those weren't the only debates! He gave some magnificent speeches too. But again, all that aside. My point is to categorize and say we have to have a person who's served as governor because they make executive decisions. Okay great.

And that'll be the strength of that candidate, should that candidate run. But thats not the test. The test is to get the right person. And the right person will make mostly the right decisions. Take a measure of the person. So if you have somebody who has been a governor, or just a garden variety Republican. Whether they're a big-government Republican or a RINO. I don't care if they've been a governor or not. I'm not interested. They have to come to the office or seek the office with a certain set of a principles and value that we share. Someone who is intelligent, confident, and articulate and knowledgeable, and has a capacity for the office. They've been governor, great. If they haven't, fine.

Also: After Obama, Democrats will never, ever, ever, ever be able to say that a GOP candidate doesn't have enough "experience" to serve as president. What a bunch of laughingstocks these people are.

Want to make a bet? They'll say it no matter who we nominate. Because they're Leftists and they say anything.

I generally love Levin but his love of Lincoln is beyond me. What other president plunged the nation into war that killed 650,000 Americans? What other president trampled on the Constitution so wantonly? Even Obama doesn't compare.
Lincoln's failures are evident. He split the nation. He led a party that was extreme in the same way Chile's communists were extreme. Eelected with 35% of the vote one would have eexpected him to tread caautiously, yet he did all he could to insure violence would ensue.

Yes one does not have to be a gov. to be president. Didn't Obama prove that. Or Kennedy.

I can think of argyuments that are more effective but invoking Lincoln's ranks about the same as invoking Clinton, Carter, or FDRs.