Fiscal Disaster: A major credit rating agency has just given Chicago, with more general obligation debt per capita than Detroit, its second triple-notch downgrade in six months. Its bonds are perilously close to junk status.

Citing skyrocketing pension costs and a lack of meaningful solutions, Fitch Ratings lowered Chicago's debt to A- from AA- last week, making it the second serious downgrade since July.

The move by Fitch follows a triple downgrade of Chicago's bond rating by Moody's Investors in mid-July. 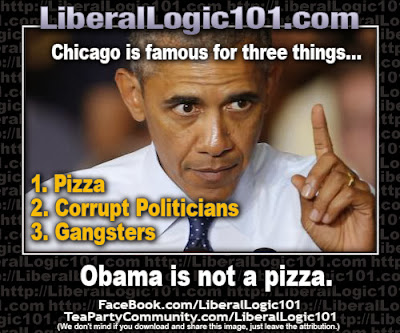 The steady financial decline of the nation's third-largest city prompted us in early August to say Chicago was well on its way to becoming the next Detroit, a bankrupt monument to the perils of Democratic governance, a one-party Democratic town in arguably the bluest of blue states. And Chicago's mayor, former White House Chief of Staff Rahm Emanuel, learned financial discipline at the feet of the master — President Obama.

Like the president, Emanuel could claim he inherited the city's financial mess from his predecessor, but that would require blaming another Democratic mayor, Richard J. Daley.

As the Chicago Tribune noted in its recent report on the problem, "Broken Bonds," Chicago's outstanding debt on general obligation bonds has quadrupled during the past 18 years, reaching $7.2 billion last year.

With interest, that amount nearly doubles. The city has more general obligation debt per capita than any of the 10 largest U.S. cities except New York.

The Tribune noted that Chicago leaders have routinely used bond proceeds to make interest payments on the bonds themselves, borrowing more than $450 million since 2000 just to pay interest. Some 63% of all property taxes went to debt payments last year.

A large part of Chicago's problem — the game of maintaining standing armies of campaign workers by overpromising and underfunding pensions — is now over.

Illinois as a whole has a huge ticking public-pension time bomb and an unwillingness to take on the unions, as Republican Gov. Scott Walker did in Wisconsin.

As Fitch analyst Arlene Bohner says, Chicago is approaching an "inflection point where inaction on pension reform will negatively impact the city's finances and threaten to crowd out spending on city services."

Ted Dabrowski, vice president of policy at the Illinois Policy Institute, notes Chicago has already shuttered nearly 50 schools in its public schools system and, rather than hiring more police to battle crime, the city is paying overtime for existing officers.

Morningstar, an investment research firm, reports that Chicago is the weakest-funded city pension system among the cities reviewed in its latest report, and has the lowest funded ratio of 35.2%.

So deep is the hole that, Fitch says, if the city were to properly fund its pension system, city property taxes would "rise a dramatic 136%."

In 2015, the city is required by state law to make a $600 million contribution to stabilize police and fire pension funds that now have assets to cover just 30.5% and 25% of their respective liabilities.

Municipal employees (38%) and laborers (56%) are slightly better funded, but the city's four funds for retired city workers are short by $19.5 billion.

The city now is "trending toward insolvency," according to a recent report from the Civic Federation that examines what happened to City Hall's bottom line from 2007 through 2011.

Unless Emanuel and Illinois Gov. Pat Quinn, also a Democrat, begin to understand that the key to prosperity is not taxing and spending, but creating business-friendly conditions that will lead to more and higher-paying jobs, it may soon follow Detroit down that path.

I wonder if this, or something like it, is what really happened to the Mayans. Their problem? They really didn't have a fly-over country to build them back up.

It is the country folk who eventually become city folk, build that up. I'm not sure the opposite can happen. Are cities the death trap that is otherwise known as civilization? If so... couldn't happen to nicer people. :) Take no umbrage... if the shoe doesn't fit.

Nero fiddles as he stands in front of his personal bank account.