Sen. Kristen Gillibrand (D-NY): Yeah, "We All Knew" Obama Was Lying About Keeping Your Health Insurance 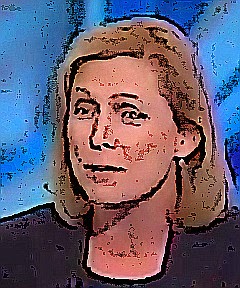 New York Senator Kristen Gillibrand admitted Sunday to knowing the promises President Obama made about his signature health care plan were false. On ABC’s This Week, fill-in host Martha Raditz asked Gillibrand, considering the now nearly universally acceptance of the fact that the President said things about the law that weren’t true, whether she felt misled by the President:

He should’ve just been more specific. Because the point is, if you’re being offered a terrible health care plan, that the minute you get sick you’re going to have to go into bankruptcy, those plans should never be offered.

Following up on an obvious non-answer, Raditz asked again about being misled. This time, Gillibrand offered a startling revelation:

He should’ve just been specific. No we all knew. The whole point of the plan is to cover things people need, like preventive care, birth control, pregnancy. How many women, the minute they get pregnant, might risk their coverage. How many women paid more because of their gender, because they might get pregnant. Those are the reforms.

translation: "stoopid proles don't know that your health plan you liked sucked. Of COURSE we had to take it from you and offer more expensive services you'll never use!"

The sadest part is these idiots will re-elect it.

" The whole point of the plan is to cover things people need, like preventive care, birth control, pregnancy."

Another leftist (er, "progressive") where the world works a certain way only in their socialist utopia. In the real world, insurance covers risks that people do not want to absorb themselves. If health insurance should cover routine care, then car insurance should cover oil changes. But it doesn't and cannot because something that is *routine* is not a *risk* that is insurable.

I disliked Gilibrand when she was right here in my district as a state rep, then she literally FLEW up the ranks to replace Hillary Clinton when she was APPOINTED, never ELECTED to that position. Now her ASS is GLUED in that seat. What is the matter with people? VOTE HER BUTT OUT! She has done absolutely NOTHING but harm her constituents sonce she sat down and started the LIBERAL GROOMING INDOCTRINATION process! If she KNEW something about how obama care was going to harm the citizens of America, why didnt she SAY SO?