ACTION NEEDED: Articles of Impeachment Filed in House of Representatives Against Eric Holder 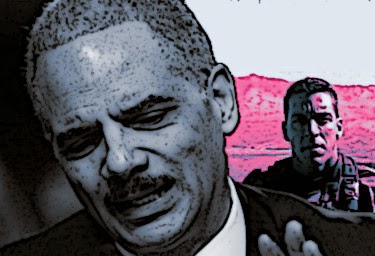 In a statement announcing that he had officially introduced the Articles of Impeachment, Representative Olson said, “For nearly five years, Attorney General Holder has systematically deceived Congress and destroyed the credibility of the Justice Department in the eyes of the American people. During his tenure, Mr. Holder refused to cooperate with a congressional investigation into Operation Fast and Furious and the resulting death of a Border Patrol agent, refused to prosecute IRS officials who unlawfully disclosed private tax records to third party groups, and misled Congress about his involvement in the investigation of a journalist.”

Congressman Olson further noted that, “Last year, the House voted to hold Mr. Holder in contempt of Congress, making him the first sitting cabinet member to ever hold this dubious distinction. Still, he continued mislead and thwart congressional efforts to bring the truth to the American people. Mr. Holder has failed to ensure that the laws are faithfully executed and continues to act in a manner unbefitting of a cabinet official. I urge my colleagues to join me in beginning this process by cosponsoring this measure now. The American people deserve answers and accountability.”

The articles of impeachment lay out four charges against Mr. Holder:

1. Refusal to comply with a subpoena issued by the House Committee on Oversight and Government Reform on October 12, 2011, seeking information and documents regarding Operation Fast and Furious. This is a violation of 2 U.S.C. 192.

2. Failure to enforce multiple laws, including the Defense of Marriage Act, the Controlled Substances Act, and the Anti-Drug Abuse Act of 1986. This is a violation of the oath Mr. Holder swore to "well and faithfully discharge the duties of the office" of Attorney General.

3. Refusal to prosecute the IRS officials involved in the targeting and disclosure of tax records belonging to political donors. This is a violation of the oath Mr. Holder swore to "well and faithfully discharge the duties of the office" of Attorney General.

4. False testimony under oath before Congress on May 15, 2013, about the Justice Department investigation of journalist James Rosen. This is a violation of 18 U.S.C. 1621.

We agree with Pete Olson and his nineteen co-sponsors: Holder's behavior clearly falls under "high crimes and misdemeanors," offenses that the US Constitution explicitly defines as grounds for removal of a Senate-confirmed cabinet official through impeachment. The time is now for the House of Representatives to act with the authority vested in it by the Constitution to remove Attorney General Holder from office.

The Capitol Switchboard is 1-866-220-0044, we urge you to contact your Congressman today and tell him or her to support Pete Olson and to sign onto the impeachment resolution he is circulating.