Schools: Opposition is rising to new national education standards pushed on public schools. They have turned schools into re-education camps for liberalism, with political statements masquerading as English lessons. 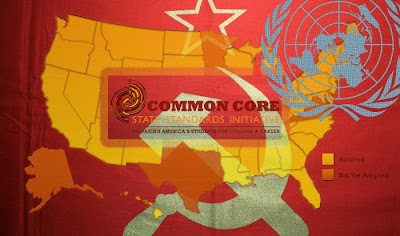 If one had to include one speech by President Ronald Reagan as recommended reading in a national standardized curriculum it might be the one in which he stood in front of the Brandenburg Gate in Berlin and said, "Mr. Gorbachev, tear down this wall!"

One might pick Reagan's first inaugural address when he said, "Government is not the solution to our problem; government is the problem." Or even his 1964 "A Time for Choosing" on behalf of Barry Goldwater that launched him to political prominence.

The speech chosen by Common Core for its English Standards, which recommends "exemplar texts" for reading, including addresses by a host of worthy historical figures — such as Patrick Henry, George Washington, Abraham Lincoln, Franklin Roosevelt and Martin Luther King — was Reagan's May 1988 speech to students at Moscow University.

It is a fine speech and in it he speaks of the fruits of liberty in the West and of the promise of the "Moscow Spring" but its softer tone does not speak of the "evil empire" that would soon come crashing down.

There is no stirring rhetoric on the evils of tyranny, or of the dangers of big government.

Could it be that recommending a Reagan speech that defines government as the problem rather than the solution might conflict with the subliminal messages in a worksheet that asks students to rewrite sentences to make them "less wordy." Sentences like, "The commands of government officials must be obeyed by all."

The worksheets, published by New Jersey-based Pearson Education, ask fifth-graders to edit such sentences as "(The president) makes sure the laws of the country are fair," and "The wants of an individual are less important than the well-being of the nation."

The Constitution, the Supreme Court and a system of checks and balances among the three branches of government ensure fairness under of our laws. The Constitution and the laws enacted by Congress are what should protect individuals. The president should see to it that that the laws are faithfully executed.

The Common Core State Standards (CCSS) Initiative was cooked by a group of the nation's governors and backed by the Obama White House in 2009 with the goal of setting a uniform standard for grades K-12 nationwide. Some 45 states, in many cases enticed by federal grants, have signed on. Testing in grades 3-8 and high school is scheduled to begin next year.

But opposition is growing by those who see it as an educational version of ObamaCare, tied to federal funding to ensure that kids learn what the national government wants them to, overriding local and parental control.

Republican Sen. Marco Rubio of Florida said last July that CCSS is being "used by the Obama administration to turn the Department of Education into what is effectively a national school board."

The Common Core English Standards are obviously OK with a fan of big government and wealth redistribution, President Obama, who told students at an OSU commencement speech on May 5, 2013: "Unfortunately, you've grown up hearing voices that incessantly warn of government as nothing more than some separate, sinister entity that's at the root of all our problems. Some of these same voices also do their best to gum up the works. They'll warn that tyranny is always lurking just around the corner. You should reject these voices."

President Obama and Common Core want to ensure future generations grow up hearing only their voices.

Doug- I would not classify Pearson Education as NJ based. It is global and its chief education director Michael Barber once suggested that Global Citizenship could replace God and Marx as a guiding value.

He has also worked quite closely with UNESCO head Irina Bokova. UNESCO has said it is now pursuing a Marxist Humanist approach with its ed policies. The link to the Common Core State Standards has to do with the accreditation agencies having the authority to dictate what goes on in schools and they answer to UNESCO. Also the curricula and assessments are all tied to 21st century skills and UNESCO is a partner in that global partnership. As is the US even though it is based away from prying eyes in Australia. Pearson is also a partner.

Most states have websites / Facebook pages to fight CC, find the one for your state and get involved. Robin is correct, Pearson is a global education powerhouse with a seat at the table, talk about crony statism.

The worksheet you reference has been around since 2007 (Fox News reported this) so it precedes CC. There is no telling how many worksheets like this have been in our schools for years.

This the danger of continuing to tolerate RINOs at the leadership positions of the GOP. We vote the GOP into power, the GOP leadership betrays us and the nation.

Had we a man or woman in the GOP Speaker position, instead of a backstabbing coward as a Squeaker, this insanity would be stopped.

The answer is the Tea Party. Let the GOP cow-tow to us, not the other way around. End this insanity.

I have tracked the determination to remake the nature of what constitutes civics back to a task force in the 70s. I also explain it in chapter 4 of a book that cam out about a month ago. Credentialed to Destroy: How and Why Education Became a Weapon. It is part of what gets hidden under the innocent sounding term-Competence.

Judith Torney-Purta is an interesting prof to look at in this regard as she works as part of the international view of civics as a change agent focus. You can see the attempt to jettison the protections of our constitution and simply see civics as about John Dewey's concept of democracy and put the emphasis on the citizen's affirmative responsibilities to the state.

Commie Core!!!! Why don't they just name it appropriatley from the start?!