Ambassador John Bolton calls it an "Abject Surrender by the United States":

This interim agreement is badly skewed from America’s perspective. Iran retains its full capacity to enrich uranium, thus abandoning a decade of Western insistence and Security Council resolutions that Iran stop all uranium-enrichment activities. Allowing Iran to continue enriching, and despite modest (indeed, utterly inadequate) measures to prevent it from increasing its enriched-uranium stockpiles and its overall nuclear infrastructure, lays the predicate for Iran fully enjoying its “right” to enrichment in any “final” agreement... 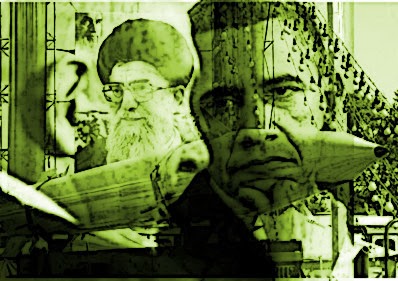 ...Indeed, the interim agreement itself acknowledges that a “comprehensive solution” will “involve a mutually defined enrichment program.” This is not, as the Obama administration leaked before the deal became public, a “compromise” on Iran’s claimed “right” to enrichment. This is abject surrender by the United States.

...A nuclear Iran would also be essentially invulnerable, providing a refuge that al Qaeda leaders hiding in Afghan and Pakistani caves could only dream of...

So in truth, an Israeli military strike is the only way to avoid Tehran’s otherwise inevitable march to nuclear weapons, and the proliferation that will surely follow. Making the case for Israel’s exercise of its legitimate right of self-defense has therefore never been more politically important...

Iranian Supreme Leader Ayatollah Ali Khamenei said on Sunday the deal reached with world powers in Geneva was the basis for further progress, and the prayers of the Iranian nation had contributed towards its success.

"This can be the basis for further intelligent actions. Without a doubt the grace of God and the prayers of the Iranian nation were a factor in this success," Khamenei wrote in a letter to President Hassan Rouhani published by the IRNA state news agency.

Israel’s prime minister harshly condemned the international community’s nuclear deal with Iran on Sunday, calling it a “historic mistake” and saying he was not bound by the agreement.

Speaking to his Cabinet, Prime Minister Benjamin Netanyahu said the world had become a “more dangerous place” as a result of the deal and reiterated a long-standing threat to use military action against Iran if needed, declaring that Israel “has the right and the duty to defend itself by itself.”

...the American goal for the accord was that the Iranians not “advance their program” of building a uranium nuclear bomb (and perhaps a plutonium bomb too); the apparent deal exactly permits such advancement, plus sanctions relief to Tehran worth about $9 billion.

This wretched deal offers one of those rare occasions when comparison with Neville Chamberlain in Munich in 1938 is valid. An overeager Western government, blind to the evil cunning of the regime it so much wants to work with, appeases it with concessions that will come back to haunt it. Geneva and Nov. 24 will be remembered along with Munich and Sep. 29. 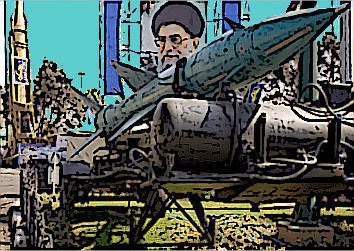 Israel believes Iran is trying to develop a nuclear weapon, and in the weeks leading up to Sunday's agreement, Netanyahu had warned the emerging deal was insufficient.

He had called for increased pressure on Iran, and warned that any relief from economic sanctions would make Iran less willing to compromise during a coming, six-month period aimed at reaching a final agreement.

Netanyahu told his Cabinet that Sunday's deal gave Iran much-needed relief from the sanctions, but left most of Iran's nuclear infrastructure intact. In particular, he cited Iran's continued ability to enrich uranium, a key step in making a nuclear bomb.

Israeli leaders denounced the agreement reached Sunday in Geneva, saying they were not bound by it and reiterating the principle that Israel would be ready to defend itself without assistance against any threat.

...Mr. Netanyahu excoriated the world’s leading powers for agreeing to Iranian uranium enrichment for the first time and for relenting on sanctions “in exchange for cosmetic Iranian concessions that can be canceled in weeks.”

...Israeli outrage may have been fueled by the government’s sense of not having been kept fully in the loop by the Obama administration [and questions remain whether Israel] had been informed about the secret American-Iranian talks held over the past few months in Oman, as reported by The Associated Press early Sunday...

Israeli leaders slammed the deal reached in Geneva under which Iran will stop enriching uranium beyond 5 percent and dilute all existing stockpiles already enriched to 20 percent, in exchange for $7 billion in sanctions relief... “For the first time, the world’s leading powers have agreed to uranium enrichment in Iran while ignoring the UN Security Council decisions that they themselves led,” Prime Minister Benjamin Netanyahu said Sunday...

“This is a bad deal. It grants Iran exactly what it wanted – both a significant easing in sanctions and preservation of the most significant parts of its nuclear program,” an official in Netanyahu’s office said…

“You stand and shout out until you’re blue in the face, and you try to understand why they’re not listening. The world wanted an agreement,” Finance Minister Yair Lapid, a member of Netanyahu’s security cabinet, told Israel’s Army Radio...

Economic Minister Naftali Bennett, another security cabinet member, told Army Radio in a separate interview: “Israel does not see itself as bound by this bad, this very bad agreement that has been signed.”

Knesset member Eli Yishai said “The world’s countries only saw the economic interests of the deal, and not their obligation to the security of Israel.” He stressed that Israel “has to no one to trust besides God and ourselves”.

This deal is historic, alright, but in a way we're certain to regret.

The handwriting is on the wall, it is all over except for the shooting!

Barry is making sure that America goes down hard, and all we hear is crickets.