It appears one Democrat member of Congress has decided to drop the mask and reveal who he really is. Unbelievably, Charlie Rangel told NY1 that “President Obama should drop the charade of democracy and rule directly through executive orders.” I mean, why not? After all, Rep. Rangel’s own relationship with following laws is fuzzy at best, given his problems with tax evasion. 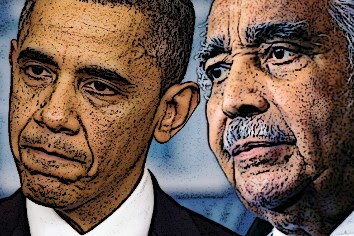 According to Politicker, Rangel said “I’m gonna see why we can’t use executive orders for everything.” Why not Charlie? Because of our pesky Constitution, which states executive orders are only to be used in case of national emergency, not as a means by which the executive branch circumvents the legislative branch, or our established process of checks and balances.

Of course, the House of Representatives, which holds the government purse strings, can simply not fund these imperial edicts as handed down from on high.

Have other American presidents utilized the executive order? Absolutely, but none as prominently as President Obama, and perhaps Rangel clues us in as to why.

It was President Obama who stated to a cheering crowd he would bypass Congress to further his agenda, and I guess that’s one thing he didn’t lie about.

Rangel says a precedent has been established – and it’s a very dangerous one when a president believes himself (or herself) above the rule of law and makes decrees to be obeyed outside the legislative branch. This would indeed represent the end of our beloved Republic and the rise of someone similar to a Caesar – which did not end up so well for ol’ Julius.

Rangel’s comments are a window into the mindset of these liberal progressives. They simply do not believe the rule of law should constrain their intentions to fundamentally transform the United States of America. It’s as if they’re sitting back and daring the American people to defy their will. Sadly, I don’t believe the Republican Party has the intestinal fortitude to fight this ideological war. The mission, as it should, falls squarely upon the shoulders of us, We the People. Are you up for this fight? I sure as heck am.

Not sure, but I don't think that the Constitution makes any mention of Executive Orders [which are not limited to national emergencies].

Ya, like whatever. These clowns running things don't deserve our attention. For one, the good people of this republic ain't interested in their race baiting and demagoguery.
2nd, why give these ass hats legitimacy?
They got none.
3rd, they only have power till we withdraw our consent.
Without our consent the fig leaf of legitimacy they sustain through sowing fear and using crisis as a means evaporates like a fart in a hurricane.
It is a plurality of the people who withdraw consent from these psychopaths who take the moral high ground and change the world.

If that seems preposterous, ask the plurality, the 3 percent in 1776, how they changed the world when they withdrew their consent.

Came home with a bunch of medals. Tea Party guy.

One of the first things he did in office was a call for a balanced budget. Thats the tea party, democrats hate that kind of poison.

Blockaded Cuba to keep nuclear tipped rockets away from the US. You mean he didn't give Iran everything they wanted towards their Nukes? Tea party for sure.

John Kennedy, a man the tea party wishes they had the chance to support.

After the successful conversion of a republic to a democracy the next step has always been conversion to a dictatorship.

The Constitution nowhere mentions, let alone authorizes, the "executive order." Viewed as a logical consequence of the existence of an executive branch that extends beyond the person of the president but is headed by him, it could only be a procedural directive to executive branch employees, and never an equivalent to legislation.

Theophil is a moron. JFK was one of the worst presidents in history, certainly not resembling TEA party values.

You are seeing why Democrats were so certain that Bush (and Bush, and Reagan) were always on the verge of driving us into tyranny whenever they did something progressives didn't like: because they think that's how the game is played, and people just act when they are in power.

In psychology, it's called projection. Thinking your movie is playing on someone else's screen.