Shapiro: No Way to Fix Obamacare

Appearing on The Real Story with Gretchen Carlson on Fox News, TruthRevolt Editor-in-Chief blasted Democrat-sponsored legislation that would purport to retroactively grandfather in insurance plans people like under Obamacare. “The fact is,” Shapiro said, “somebody has to pay for the people who have pre-existing conditions in order for Obamacare to work. And those people have to be young and have to be healthy, and they also have to be folks who have to be kicked off their regular insurance in order to be forced into the more expensive Obamacare exchanges.” 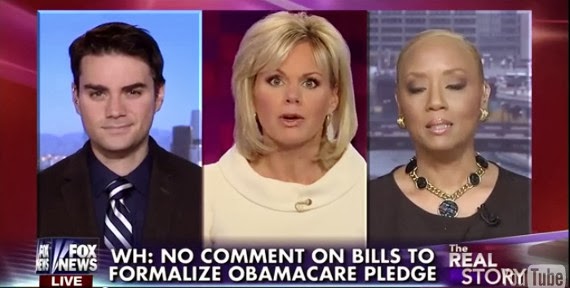 Shapiro continued, “There is no way to amend this….It’s absurd. There’ s no possible way you can remove the central plank of what Obamacare constitutes, and that is redistribution of the payment schedule.”

Of course, as usual, he is clearly right.