Citing widespread concern with the rollout of his signature health care plan, President Obama today announced a project by the Department of Health and Human Services (HHS) to "uncancel as many as 5 million insurance policies".

"While we understand that insurance companies won't necessarily be able to offer the insurance plans they did prior to the passage of the Affordable Care Act, the HHS time machine should take care of that problem. By reversing the flow of time and setting the date back to September 30, 2013, we will prevent the rollout of Obamacare." 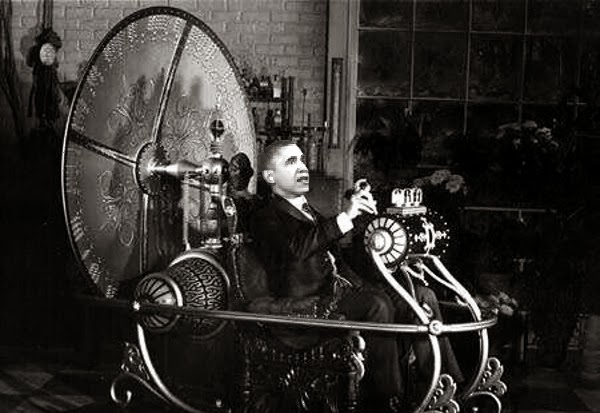 Artist's depiction of President Obama using TimeBoy™ 2000 device
An initial demonstration of a prototype HHS time machine, built by many of the same engineers who created the ill-fated Healthcare.gov website, was an embarrassing failure this afternoon.

In a packed press room at the Capitol Hyatt, Press Secretary Jay Carney was transformed into a half-fly, half-unicorn-like creature. Capitol Police escorted the Carney-corn to the D.C. Zoo for observation.

House Minority Leader Nancy Pelosi stated that the demonstration was successful and that Americans would enjoy their new hybrid bodies when the "final solution for health care was fully deployed."

"Sherman and I set the Wayback Machine for 404. to see why that number keeps coming up all the time."

I am totally loving the Fallout reference!