My friend and AEI colleague Nick Schulz has done something I don't have the intestinal fortitude to do: Read John Judis's New Republic cover story on the economy. Apparently Judis believes he's cornered Mitt Romney on the Achilles heel of Romney's -- and the GOP's -- economic agenda. Judis confronted Romney and asked
him:

I want to ask you something about history. You know, when Herbert Hoover had to face a financial crisis and then unemployment, his strategy was to balance the budget and cut spending, and that made things worse. When Roosevelt came in, unemployment was twenty-five and went to fourteen percent by 1937. With deficits. Aren't you repeating the Hoover mistake?

Ah, the "Hoover Mistake," capitalized for your eternal reifying pleasure. 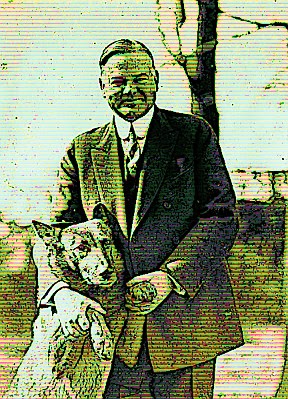 If you ever doubt that liberal historians have imbibed the partisan talking points of the New Deal, you need look no further than the maligned figure of Herbert Hoover. Judis's characterization is simply what "everyone knows" to be true about Hoover's response to the Depression of 1929. I say "the Depression" and not "the Great Depression" because it took FDR, the Tony the Tiger of liberalism, to make it Grrrrrrrrrrreaaat!

The problem is that almost everything "everybody knows" about Hoover is wrong. This creates a real challenge for conservatives and libertarians because while Hoover the man was very impressive, Hoover the Progressive Republican was, well, a Progressive Republican. As anyone who's read Liberal Fascism should remember, Hoover was all-in on Wilson's war socialism, serving as national food administrator; he considered "supper . . . one of the worst pieces of extravagance that we have in this country." He promulgated the Little American's Promise, a pledge card every child was expected to sign:

At table I'll not leave a scrap
Of food upon my plate.
And I'll not eat between meals but
For supper time I'll wait.
I make that promise that I'll do
My honest, earnest part
In helping my America
With all my loyal heart.
For kids who couldn't read yet, he offered them a nursery rhyme:
Little Boy Blue, come blow your horn!
The cook's using wheat where she ought to use corn
And terrible famine our country will sweep,
If the cooks and the housewives remain fast asleep!
Go wake them! Go wake them! It's now up to you!
Be a loyal American, Little Boy Blue!

Hoover was such a card-carrying Progressive, guess who considered running on his ticket as vice president in 1920? Wilson's toady at the Navy Department, Franklin Delano Roosevelt.

Well, if you tell a certain breed of libertarian that Hoover was a budget-balancing fiscal tightwad, you'll get punched in the face, at least figuratively. Here's Tim Taylor:

Hoover's budget strategy over his term of office was not to balance the budget. The budget ran a small deficit of -.6% of GDP in 1931, followed by a much larger deficits of 4.0% of GDP in 1932 and 4.5% of GDP in fiscal year 1933 (which, as Judis points out at a different point in his discussion, started in June 1932 and was thus mostly completed before Roosevelt took office in 1933).

In the spring of 1930, the New York Times said of Hoover's efforts, "No one in his place could have done more" and "very few of his predecessors could have done as much."

But, hey, maybe Hoover's reputation as a spendthrift of Jack Fowlerian proportions (Jack, as you should know, is the head suit here at NR; he'd object but he's busy searching for a 10 percent off at Arby's coupon I told him was in the corner of a round room) is derived from his effort to cast himself as a responsible steward of the public fisc. Er, no. Here's Hoover defending his record in his acceptance speech at the 1932 convention as he prepared to run for another
term:

Two courses were open to us. We might have done nothing. That would have been utter ruin. Instead, we met the situation with proposals to private business and to the Congress of the most gigantic program of economic defense and counterattack ever evolved in the history of the Republic. We put that program in action. Our measures have repelled these attacks of fear and panic . . . We have used the credit of the Government to aid and protect our institutions, both public and private. We have provided methods and assurances that none suffer from hunger or cold amongst our people. We have instituted measures to assist our farmers and our homeowners. We have created vast agencies for employment.

Perhaps because I am so cynical, I'm no longer shocked that liberal historians and Democratic politicians still cling to the Hoover myth, but what is amazing to me is how liberal economists who swear they are empiricists and fact-finders propagate it as well. Paul Krugman is constantly invoking the Hoover myth. So is Brad DeLong, who has driven many decent students of economic history to the point of sputtering rage with his insistence that Hoover was a "liquidationist."

The Hoover myth endures for a simple reason -- it has to. Because otherwise the FDR myth will tip over.

I am surprised that any story about how the Hoover myth survives neglects to remind readers that an entire generation was serenaded by Archie Bunker singing that propaganda.