FOOD STAMP EXPLOSION: The White House is now using taxpayer funds to promote economic illiteracy like this, which it shares with Common Core. The term SNAP refers to food stamps: 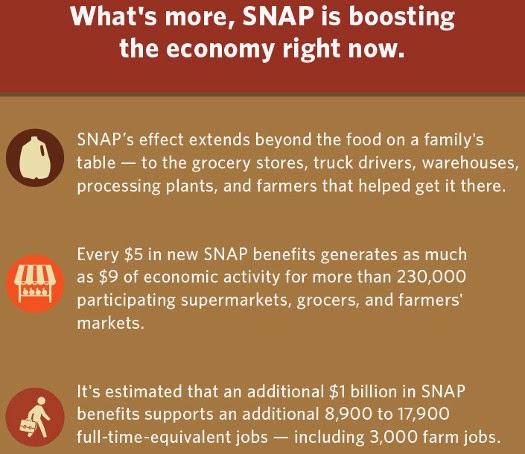 Now let's think this through.

1. The government takes $10 from you, which prevents you from spending it on something you want...

2. The government launders that $10 through the federal bureaucracy, which leaves roughly $5 for benefits...

3. The government takes the remaining $5 it hasn't wasted and sends it to those who may or may not need it...

Hold up. My first point is wrong. The government doesn't take $10 from you... it takes $6 from you and borrows the rest by issuing debt. 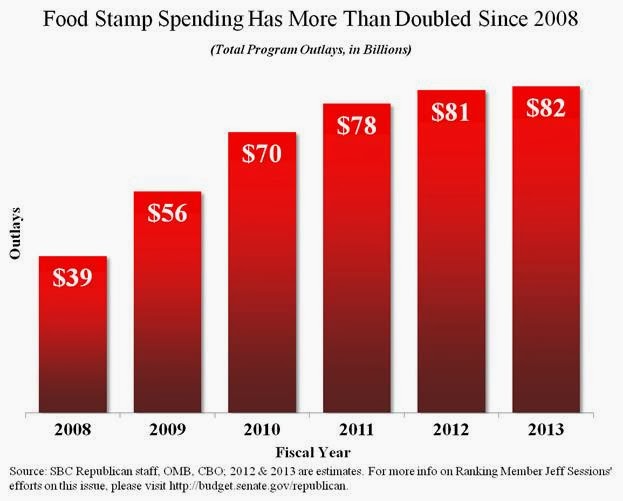 And that borrowing program is executed by a certain number of "Primary Dealers" -- enormous, powerful banks like Goldman Sachs -- that make billions managing the sale of U.S. debt.

Furthermore, the fraud endemic in the food stamp program is legendary. Billions upon billions of your money is stolen each year, much of it in plain view on sites like Craig's List.

Therefore, in order to believe the collectivist propagandists in the Obama White House, you'd have to ignore all of the fraud, ignore Goldman Sachs, ignore the borrowing, ignore all of the money laundered through the federal bureaucracy, ignore the money confiscated from you... and pretend all of that is more efficient than you spending your money freely on things that you need or want.

You'd have to be completely mad or completely ignorant to believe that -- and it would seem the White House thinks you're either one or the other.

Thank goodness we have Jane Boehner as our GOP House Squeaker for the past 3 years.

Why does this guy still have a job? Why?

Starve the GOP and lavishly support the Tea Party: it's our only hope.