As Americans struggle to make ends meet, as the current economic climate is anything but healthy, the Obama Regime is pumping millions of dollars into foreign companies that finance attacks on Americans.

Surely, there is a better use for our money than financing terrorism against our own people. 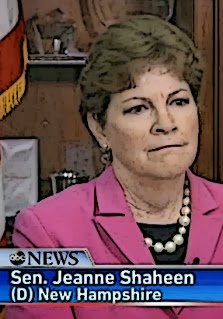 We our hemorrhaging money at an astonishing rate and saddling Americans with unconscionable debt. A million here, a million there-money we don’t have is tossed around and thrown away like dropped pennies in a parking lot while our “leaders” not only refuse to make any meaningful changes to our unsustainable economic model, but make future plans for how to enlarge government and spend even more money.

And while that may seem like a betrayal of Americans, it cannot compare to the fact that America has given $150 million to groups that fund terrorists actions against Americans.

In our nation’s Quixotic quest to make the world love us, the U.S. has been funding terrorism against Americans. In a report by the Special Inspector General for Afghanistan Reconstruction, the Pentagon has admitted that we are subsidizing at least 43 companies that are linked to Taliban leaders who have targeted and arranged attacks on Americans.

“It’s like the United States government subsidizing the Taliban, al Qaeda, the Haqqani network, those groups that are trying to shoot and kill our soldiers,” New Hampshire Democratic Senator Jeanne Shaheen stated.

However, this is merely one such example of the U.S. funding terrorism; in all, the Pentagon report lists 43 private companies that receive government money and fund terrorism.

“The reason they’ve given us is that it’s not fair to these contractors that the evidence that we’ve presented, and this is evidence collected by the United States government, is classified,” said Special Inspector General John Sopko.

“That’s the absurdity of it. We can probably attack them via drone on Monday and we’ll issue them a contract on Tuesday,” Sopko continued.

“The army takes seriously any allegations of improper contractor activities and has vigorous processes to ensure that those with whom we do business are not supporting the insurgency or otherwise opposing U.S. and collation forces in Afghanistan,” the statement said.

It seems the take-away message for terrorist groups is: If your attacks on Americans are being subsidized by America, we will take a good, long look at whether or not we will continue to fund your attacks. We mean it.

The Obama Administration has made many claims about Republicans being terrorists, bullies and other various slanderous accusations. If the Obama Administration is even remotely interested in stopping real terrorism, the first step should be to, as obvious as it may seem, stop funding companies that are fronts for terrorist organizations.