OH, MY: Even California Tells Obama to Pound Sand Over His Costly and Illegal Obamacare "Fix"

ObamaCare: California's health insurance exchange has decided not to allow insurance plans that do not meet the law's standards, rejecting the president's attempt to rewrite the law through executive action. 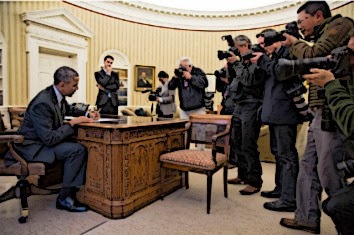 Recognizing the impracticality and illegality of President Obama's proposed "fix" for insurance policies canceled due to the Affordable Care Act's coverage mandates, the board of Covered California, the state's health insurance exchange, voted 5-0 against extending the 1 million California health care plans that were dropped under the law.

The Golden State follows several other blue states — including New York, Washington, Rhode Island and Minnesota — that announced they won't go along with the administration's proposed solution. State insurance commissioners make it clear that just in practical terms the fix is unworkable in the time available.

Reality bites, as they say, and the reality is insurance companies that altered insurance plans and computer software in a long, Herculean effort to comply with the law can't restore the status quo in weeks just because the president pulls an Emily Litella and says "never mind," without a constitutional or legal leg to stand on.

Obama's fix allegedly lets insurance companies continue selling the same individual health insurance plans they sold before the law, but only to those who currently own such policies, and only for another year.

"There's no way to make the federal law work without this transition to ACA-compliant plans," Covered California board member Susan Kennedy said. "Delaying the transition isn't going to help anyone; it just delays the problems. I actually think that it's going to make a bad situation worse if we complicate it further."

Covered California also recognized that letting people extend their existing health plans would also create a two-tier insurance system that would keep younger and healthier paying customers out of the ACA risk pool, paying customers that are needed to keep ObamaCare from financially imploding. These are people such as the 20-something male who can't understand why his premium and deductible must increase to give him maternity and pediatric dental care coverage he doesn't need.

Many insurers, aside from noting the costly logistical nightmare reissuing canceled plans would create, have noted that they have complied with the law and the regulations, implementing it as written and that issuing noncompliant policies on the basis of presidential assurance is to stand on shaky legal ground.

After Obama announced his fix, former Democratic National Committee head Howard Dean wondered on MSNBC if the president "has the legal authority to do this, since this was a congressional bill that set this up."

The answer is that Obama does not and that his "fix" isn't any more legal than the one-year delay he ordered on the even more devastating employer mandate.

Obama's fix allows health insurance companies to ignore the law for a year simply on his say-so. The president, under the Constitution, is charged with seeing that the laws are faithfully executed. He cannot decide which parts of the law are going to be enforced and which are not, or which parts now and which later.

The Obama fix was an attempt without legal basis to shift blame from the president's own incompetence to the insurance companies.

With ObamaCare going down in flames, neither the insurance companies, state insurance commissioners nor the largest exchange in the bluest of blue states is willing to break the law or take financial risks to bail the president out.