It's available as a free Kindle download today and tomorrow only. 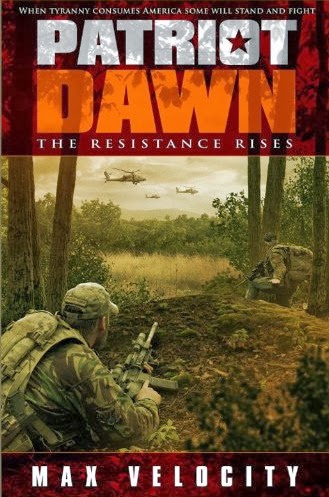 The United States has descended into Civil War.

The storm was rising for some time, a Resistance in the hearts of American Patriots to the strangulation of liberty by creeping authoritarianism.

The scene was set. It just took a little push. A terrorist attack on the United States leads to war with Iran, followed by collapse, as the economy goes over the cliff.

From the ashes, the Regime emerges. Liberty is dead.

What remains of the United States of America is polarized.

Jack Berenger is a former Army Ranger Captain, living in northern Virginia with his family. Following the collapse, they fall foul of Regime violence and evacuate to the farm of an old Army friend. Jack is recruited into the resistance, to train the fledgling forces in the Shenandoah Valley.

I found it is a well done action story, and a cautionary tale that becomes increasingly true as times go by.

I couldn't put it down.

Thanks for the tip, downloaded it. Hopefully it is very entertaining, which should always be the first thing with any fiction book, even one making a point.

Three others I'd highly recommend along the same lines

An Act Of Self Defense, by Erne Lewis. It's about the need for term limits as the power of the government has grown.

In Due Time, by J.K. Jones, a good time travel story with a backdrop of a far left government.

The After Eden series by Austin Dragon (waiting for book three)