MADISON — David Stella taking over AARP in Wisconsin might be very good for conservative seniors groups.

The appointment of Stella, former head of the state pension fund, who once signed a petition to recall Gov. Scott Walker, is a further lurch to the left for an organization that played an instrumental role in getting Obamacare passed.

“We made an offer to anyone who cut their AARP card in half that we’d give them a year’s free membership,” said Randy Lewis, spokesman for the American Seniors Association. “We had to stop it early. I had too many 55-gallon trash bags full of AARP cards cut in half.” 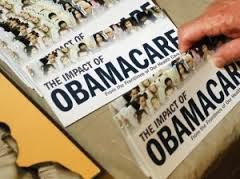 Older conservatives are fleeing AARP due to the organization’s support of Obamacare.

Phillip Owens, of Beloit, dumped his AARP membership after 20 years with the organization, objecting to his dues supporting liberal policies like Obamacare he didn’t agree with.

Owens joined and is now the state delegate for the Association of Mature American Citizens. AMAC now boasts more than 1 million members, including 18,500 members in Wisconsin alone, Owens said. He claims the organization has been adding about 60,000 new members a month.

“People are looking for an alternative,” he said. “AMAC listens to membership, they respond to membership. AARP’s membership had written them on a repeated basis and they continued to support Obamacare.”

And all that AARP junk mail?

“Their mail still comes and it goes right into the trash barrel,” said Owens, a retired veteran of the U.S. Army and Navy.

The American Seniors Association’s 1.5 million members is a fraction of AARP’s 37 million membership, but the “boldly conservative” for-profit service is growing and targeting an ever-expanding senior demographic.

Obamacare, Lewis said, was a “watershed moment” in the senior advocacy circuit.

“Over the last three decades, AARP has gone from having an independent voice to being the seniors department of the Democratic Party,” Lewis said. “We’re continuing to see anger towards AARP for the role they played in passing Obamacare.”

The ascension of Stella isn’t likely to quell any anger. In November 2011, while secretary of state Department of Employee Trust Funds, Stella signed a petition to recall Walker. He criticized Republican-led changes to the state pension fund, which required employees to contribute to their pensions.

Stella’s wife, Kathleen, circulated the recall petition in their Middleton neighborhood. She contributed $100 to Milwaukee Mayor Tom Barrett in that June 2012 recall election. She also wrote letters to the editor in praise of Obamacare just weeks before the disastrous rollout of the HealthCare.gov website.

Wisconsin Reporter tried to reach Stella, but he did not return calls.

Sam Wilson, state director of AARP, insisted Stella would be the non-partisan leader of a non-partisan advocacy group for seniors.

“Our policy is very straightforward that AARP is a non-partisan organization,” Wilson told Wisconsin Reporter. “Anyone named to a position of leadership, as (Stella) has as state president, having a non-partisan stance is the first guiding principle. When we engage in advocacy campaigns they are non-partisan in nature.”

Wilson acknowledges that AARP supported Obamacare. The organization has opposed Walker’s call for a three-month delay of a law AARP supported that would move roughly 80,000 childless adults living in poverty into Medicaid this January.

“We supported the Affordable Care Act,” Wilson said. “One of the things we are focused on now is the education component of that. The law is being implemented — that piece of it is settled.”

In 2012, the Wall Street Journal published scores of emails between high ranking AARP officials and the White House unmasking AARP as a propaganda machine for Obamacare.

Reaction from AARP members was so negative, former executive vice president John Rother was compelled to draft a letter to a White House official:

“Ann, I think we will try to keep a little space between us and the White House on the issue. Our polling shows we are more influential when we are seen as independent, so we want to reinforce that positioning.”

In the wake of Obamacare’s passage AARP lost 3 million members in 2011, according to a Washington Business Journal report. A company spokesman estimated that 300,000 of those lost memberships were due to Obamacare.

Republicans on the House Ways and Means Committee, in a report titled “Behind the Veil: The AARP America Doesn’t Know” in 2011, contended AARP stood to make more than $100 million annually from Obamacare due to cuts to Medicare Advantage.

House Republicans asked the IRS to investigate AARP’s nonprofit status, specifically “whether the operational activities of AARP are primarily motivated by political or profit interests, instead of to benefit its members.”

Wilson said he wasn’t aware of any action taken by the IRS after the report. An IRS spokesman said he was prohibited by law from commenting on the matter.

Don't throw their junk mail away. Put it in the return envelope and mail it back. Costs them twice as much that way.