Tucked inside nearly 11,000 pages of the Affordable Care Act is a little-known provision that doles out three months of free health care to individuals who choose to default on their premiums.

People who receive the federal subsidy to be part of Obamacare will be allowed to incur a three-month “grace period” if they can’t pay their premiums and then simply cancel their policies, stiffing the doctors and hospitals.

Their only repercussion is that they have to wait until the following year’s open enrollment if they want coverage on the exchange. 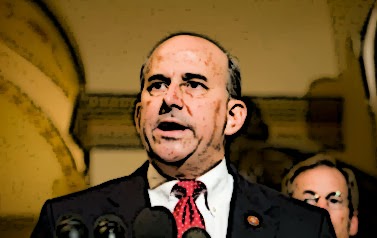 “It will help break the system,” said Rep. Louie Gohmert, R-Texas, one of a core group of Republicans who oppose Obamacare. “This is a huge piece of evidence to show this can’t work, you will break the system and bankrupt people involved.

“The hospitals, doctors and insurance companies will be left holding the bag. There will be disagreements over who will pay for what. Lawyers will get involved because we are talking about a lot of money,” he said.

Under Section 156.270 of the Affordable Care Act, the insured needs to pay a premium for just one month before qualifying for the three-month grace period. The insurance company must pay the claims during the first month of the grace period; during the second and third month doctors and hospitals are left to collect unpaid bills.

This loophole wasn’t lost on some unnamed individuals who queried the Department of Health and Human Services during an open comment period for the new law in 2011.

While officials at HHS did not respond to requests for comment on this story, they did offer a glimpse into their thinking in a March 27, 2012, report contained in the Federal Register.

Experts say the federal government has given people the green light to commit fraud.

“In a sense, it legalizes fraud,” said Wesley J. Smith, a senior fellow at the Discovery Institute of Human Exceptionalism and a frequent critic of the Affordable Care Act. “It legalizes putting your burdens on the insurance companies’ shoulders and never paying your premiums. The government wants people to be irresponsible and apparently they want the whole system to descend into chaos.”

In Massachusetts, where a variation of Obamacare already exists, the problem already has emerged, said Devon Herrick, senior fellow with the National Center for Policy Analysis.

“People are signing up and getting care and bailing out,” Herrick said. “I was talking to an insurance agent a few years ago (in Massachusetts). She said once a week she would get a call from a college girl who discovers she’s pregnant and wants health insurance. That’s an example of a condition that you can schedule.”

Some medical professionals are bracing themselves for the worst.

The Texas Medical Association is educating its members about the loophole and receiving feedback from worried doctors. Many in that state operate on a shoestring budget, sometimes taking out loans to stay in business.

“It’s pretty scary,” said Dr. Stephen Brotherton, president of the Texas Medical Association, and in private practice in Fort Worth. “I fix your torn ACL, you don’t pay for your insurance and three months later you’re off the rolls for non-payment.”

And any doctor who is paid by the insurance company during the last two months of the grace period will have to return that money, he said.

“Our overhead is about 50 percent; I get $100 and it costs me $50 to stay in business,” Brotherton said. “The most obvious solution is anything through the exchange, we’re not taking it.”

The California Medical Association has taken the step of notifying the American Bar Association about the situation.

“The more nefarious insureds may take advantage of HHS-acknowledged opportunities to game the grace period and get 12 months of coverage for the price of nine before simply enrolling in a new plan under (Obamacare’s) guaranteed issue requirements,” wrote Association associate director C. Brett Johnson.

He chronicled a potentially nightmarish situation for a doctor:

“For instance, an oncology practice generally purchases the drugs to be used in a course of chemotherapy up front — which can run into the tens of thousands of dollars — and is then reimbursed by the payor as part of the medical service. Costs such as these are on top of the costs of displacing other patients with coverage.”

So what can be done about this now? Not much, says Gohmert. Changing the law would require a signature by Obama, and Gohmert holds out no hope for that scenario.

“You have a president who says doctors are greedy — they do surgery just so they get the money,” Gohmert said. “That’s what the president said. That same president will certainly be willing to say, ‘Greedy doctors are demanding more money – we just need to have Washington take over all health care.’”

HAHA and nobody cares....

We are still sleepin'

The O Administration is NON-STOP fraud, looting and pillaging is what this is what lawless, licentious barbarians do best.