The phrase "cognitive dissonance" was invented for situations like these.

ABC News Chief Foreign Correspondent Terry Moran appeared on This Week with George Stephanopoulos Sunday morning to break the news that diplomatic talks in Geneva between Secretary Kerry and Iranian officials had broken down. But Moran appeared more interested in telling everyone just how big of a fan he was of the deal than relating other relevant facts, like the fact that Senator Kerry appeared to be offering a deal so good for Iran that even France thought it was too soft...

...Moran would go on to note that the French wanted more restrictions on Iran’s ability to enrich uranium as well as more control over a new reactor that might produce plutonium . Moran also noted, almost as an aside, that Israeli Prime Minister Benjamin Netanyahu was also strongly opposed to the deal, though Netanyahu seemed resigned to the fact that the US would eventually strike a deal.

Terry Moran is a hard-core Leftist who seems to believe, just like Neville Chamberlain, that appeasement and weakness will lead to peace. Even Iran's military is openly scoffing at that notion.

Iran general: No doubt Israel and America will be attacked 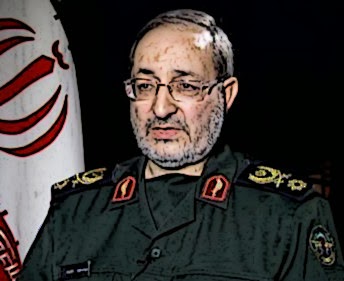 Even before the nuclear negotiations between Iran and the 5+1 world powers ended in Geneva early Sunday with no deal, an Iranian general lashed out at America Saturday and warned both the U.S. and Israel that they will be attacked.

According to Fars News Agency, the regime’s outlet run by the Revolutionary Guards, Gen. Massoud Jazayeri, deputy chief of staff of Iran’s armed forces, said “America’s interests and all of Israel are within the range of the Islamic Republic and there is not the slightest doubt among Iran’s armed forces to confront the American government and the Zionists (Israel).” ...

...The general mocked President Obama’s position that the military option remains on the table over Iran’s nuclear development. “If America had the ability and the will for war, it would allow no doubt in attacking Syria. America will soon find out that Iran’s power cannot be ignored.”

Israel faces an existential threat in Iran, who has threatened it with destruction for decades.

Zero Hour: Israel must now choose between attack and enslavement

Israelis across the political spectrum are in a state of shock over a proposed deal to lift sanctions on Iran in exchange for promises to partially suspend its nuclear program and a pledge to not expand it.

Acting out of a position of self-imposed weakness, the world's democracies have effectively undermined the aim of several United Nations resolutions banning any uranium enrichment. The agreement that's currently being ironed out in Geneva will allow Iran to continue to enrich but at a lower grade.

This administration is openly hostile to Israel.

This dick-tator bullshit is getting really fucking old.

Between the fucking traitors in our own government, and crazy suicidal nuclear armed extortion artists in Iran, well, lets just have a circle jerk of useless fucking clowns who can't seem to figure out between em just who gets to kill millions first or destroy the world.

You know, it is time to have a revolution. If these fucking idiots want war and tyranny and God knows what else destruction, it is time to give them a monster dose of their own medicine.

Lets shove their lousy tyranny and dictatorship crap right up their worthless arses!

The Saudi's, Iran and North Korea...we need a government with testicles, one who will drill the hell out of our own reserves, put the Marines on the southern border lock and loaded, put another fence up around our entire country, excluding California, bring our troops home and tell the world to F off.

The NCRI is comprised of 25 committees that act as shadow ministries. The committees are responsible for expert research and planning for future Iran. For more information visit http://www.ncr-iran.org/en ...