If you call it Obamacare now, you could be a racist

Well, that's odd. All of a sudden POTUS's signature achievement -- which, fittingly, is a catastrophic failure -- can no longer be referred to by its proper name.

President Barack Obama told a gathering of corporate executives Tuesday he's confident that his model of health care will work in the end, but he said he's going to have to "re-brand" it to sell it to a skeptical public. 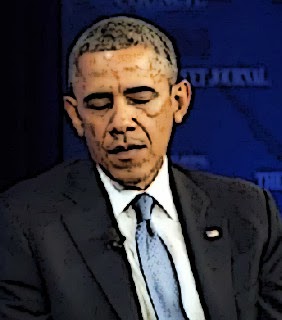 He didn't use the word "Obamacare" once on Tuesday in talking about his health care law, but he mentioned the "Affordable Care Act" seven times ... "We are going to have to, (a) fix the website so everybody feels confident about that. We're going to have to, obviously, re-market and re-brand, and that will be challenging in this political environment."

During a campaign stop in Colorado last year, the president embraced the name that Republicans had given to his health insurance law: "The Affordable Care Act -- also known as Obamacare," Obama said in August 2012. "I actually like the name," he added. "Because I do care -- that's why we fought so hard to make it happen."

Obama isn't the only Democrat moving away from the term "Obamacare." Rep. Nancy Pelosi (D-Calif.) told NBC's David Gregory on Sunday that she has always preferred to call it the "Affordable Care Act." "It -- the Affordable Care Act, as I call it -- Pelosi chuckles -- and have always called it; the Affordable Care Act is right up there with Social Security, Medicare, affordable care for all Americans as a right, not a privilege," she said on "Meet the Press."

As for alternative names, may I suggest choosing from among the following?

I'm not happy with any of these, so please suggest some better options in the comments. The winner gets to keep his doctor.

"Y'all are screwed care"

Anonymous, those are all so good it's hard to choose, but I lean toward SocialistUtopiaCare.

I just want the Tyrant-in-Chief's name attached to it. And it's not "Care." It's a tax. It's ObamaTax. That evil thing's name must be stuck to it forever.

Un-affordable Care Act. Tyrants love to use nice sounding names that actually achieves the opposite result

Ok, how about I call it system of extortion disguised as centralized medical care set up by a psychopathic racist black supremest Islamist coddling radical narcissist lying worthless usurper and his red diaper baby treasonous fellow scum who rigged 2 elections in order to redistribute my and my fellow American's property and wealth to their crooked pals, aka tyranny.

Or would you treasonous scum reading this prefer I call whatever his name is a nasty hateful deranged sick little psychopathic liar in chief who hates white American's. You know, people he calls bitter clingers and domestic terrorists?

I could call him a nigger and surpass the wildest expectations of stereotyping good honest hard working law abiding moral American's as racists because doing that distracts from who in truth the racist are.

But no matter how much anybody wants to paint me as a racist because I don't like or voted for the traitor named obama, I know I'm correct in my beliefs that racism destroys a moral society, and this is why those guilty of the worst racism imaginable point their hypocritical finger at those they wish to destroy in order to create absolute power.

Here's Obama talking about why Republicans won't call it "Obamacare" when it's a huge success: http://www.youtube.com/watch?v=7aN2iuIhcx0

"We're going to have to, obviously, re-market and re-brand, and that will be challenging in this political environment." Translation: It's hard to lie when there are too many people out there who know the truth.