"GAMECHANGER SALON": The Secret, 1,000-Member Group of Radical Leftists Who Seek to Control and Censor the News

Awesome work by Brian Sikma of MediaTrackers, who used a Wisconsin Open Records law to reveal a secretive, left-wing club of journalists and political operatives who seek to control your access to news. 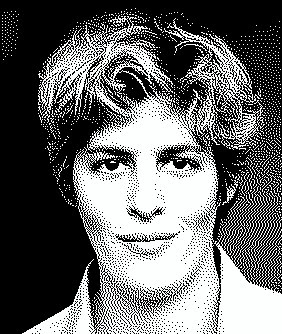 A prominent CNN commentator, the top two political reporters for The Huffington Post, a Reuters reporter, the editor of The Nation magazine, a producer for Al Jazeera America television, a U.S. News & World Report columnist, and approximately two dozen Huffington Post contributors are among the more than 1,000 members of Gamechanger Salon. Founded by leftwing activist Billy Wimsatt, the group is a secretive digital gathering of writers, opinion leaders, activists and political hands who share information, ideas and strategy via a closed Google group.

The group’s existence was discovered by Media Trackers through an open records request filed with a University of Wisconsin professor who happened to be a member of the network.

...Sally Kohn, formerly a Fox News contributor, now works for CNN reliably echoing pro-Obama Administration talking points and championing leftwing ideas as a network commentator. Kohn is also a member of Gamechanger Salon, and e-mails show that she occasionally approached the group’s membership and asked them to promote her television appearances. 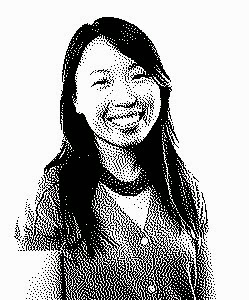 In mid-July, Terkel and Grim jointly wrote a piece about a leftwing effort to push Massachusetts Sen. Elizabeth Warren (D) to run for president. The pair of reporters heavily quoted Erica Sagrans, a fellow member of Gamechanger Salon and leading organizer of the “Ready For Warren” effort, and cited Billy Wimsatt’s support for the project. Wimsatt’s work as founder of Gamechanger Salon and the reporters’ own membership in the group, along with Sagrans’ membership, went unreported.

...A former New York Times freelance columnist who now works as an energy and commodities reporter for Thomson Reuters is also a member of Gamechanger Salon. Anna Louie Sussman is listed as an “investigative reporter and journalist” on the Gamechanger Salon membership list, and while her beat focuses on energy issues, she has also writes about “local and international human rights and social justice issues” according to her website.

Katrina vanden Heuvel is the editor and publisher of The Nation magazine, a prominent and well-known periodical of leftwing political and social thought. She is also a member of Gamechanger Salon and a regular opinion writer for the online edition of The Washington Post.  ...   Not once does she appear to disclose her membership in Gamechanger Salon along with some of the very people she writes about.

Jordan Flaherty was, as of last year, a producer for Al Jazeera America television. He is also listed as a member of Gamechanger Salon and for a while he occasionally blogged for The Huffington Post.

In addition to working at the left-leaning American Sustainable Business Council, David Brodwin writes an online column for U.S. News & World Report. Brodwin is a member of Gamechanger Salon, and on July 14 he published a column arguing that small business owners support a minimum wage increase. Fascinatingly, the Obama Administration’s U.S. Department of Labor relies on Brodwin’s American Sustainable Business Council to argue that very point in a recent “fact-sheet” advocating for a minimum wage hike.
...the network’s activity and effectiveness at amplifying and coordinating left-leaning messaging campaigns has yet to be fully explored.

Sikma also posted some additional research data at RedState for those willing to explore the connections.

To facilitate interaction among the groups represented in Gamechanger Salon, a calendar detailing upcoming events is maintained with ample notes about the importance and focus of each particular item.

For August, two training events and a festival are on the calendar. On September 23, liberal groups appear to be working on holding a day of action registering voters ahead of the mid-term election in November. A “Trick or Vote” event is scheduled as a national action step on October 31.

The full calendar that Media Trackers obtained from a non-password protected link (that has since been closed) and the full membership list are below.

All the more reason to read BadBlue News every day, the only aggregator that cuts through all of the clutter to deliver uncensored news that neither the radical Left Democrat Party nor the doddering old GOP Establishment want you to see.

Well its clear what these people are. The only question is why anyone would listen to them and what can be done about them.