Rick Moran, proprietor of Right Wing Nuthouse, seems to have designated himself the righteous Ayatollah of diction for the conservative blogosphere. How else to explain this screed, which devotes numerous paragraphs to demonizing moi, your lovable, centrist narrator? Moran writes:

I have given up my one man quest to protect the English language from right wing Visigoths who insist in raping, pillaging, and burning their way through the dictionary - corrupting definitions and creating havoc with meaning while doing their utmost to make intelligent discourse impossible... ...Case in point: Today’s blow up over the flag at Ground Zero being pulled up before President Obama spoke. Or something. Doug Ross, among others, rushed into the fray after a tweet from ABC News White House correspondent Jake Tapper that read; “One minute to air and they decided to take the flag down from the live shot!” ...[A]n excitable and indignant Ross wrote:

'This administration and, by extension, the Democrat Party are now so thoroughly divorced from the history, traditions and morals of America that we might as well admit the Marxist left has executed a successful coup d’état on this Republic.'

The mindlessness, the out of control idiocy represented in that one comment says volumes about many on the right, who toss around words like “Marxist” and concepts like “coup d’etat” as casually as if they were discussing the weather...

...It is doubtful that Ross, or any of the bloggers who linked and aped his manifestly absurd blog post would know a true Marxist if they came up and bit him... Democrats are Democrats. Marxists are Marxists ... What concerns me and should concern anyone with any reverence for the English language, is that jamokes like Ross - and there are thousands of them on the right who use these ill-chosen descriptives every day - are either too ignorant to know what the real definitions of “socialist,” “communist,” and “Marxist” are.

For a man who prides himself on verbal precision, Moran slings invective with the best of any "right wing Visigoth". But that said, Moran seems to have been in suspended animation since the thirties, when the Democrats launched their first major attack on the Constitution with Wickard v. Filburn.

The path the modern, MoveOn-controlled Democrat Party is on today was presciently described by Stuart Chase in 1942. He wrote that the agenda of the Fabian Socialists -- who had launched a counter-revolution against America's founding -- was to create an authoritarian and completely centralized government apparatus. The tenets of the Fabian Socialists were codified as follows:

Rick, the policies of the modern Democrat Party are absolutely synonymous with Marxism. And that's not just my opinion, that's the take of historians and Constitutional attorneys like David Limbaugh and Mark Levin.

In his review of the seminal work Liberty & Tyranny, David Solway describes the road on which the modern Democrat Party is traveling in words even Moran can understand.

The Statist ... is preoccupied not with liberty but with equality. “In his war against the individual, the free market and ultimately the civil society,” Levin writes, the “Statist must claim the power to make that which is unequal equal and that which is imperfect perfect.” The problem is that the Statist is interested not only in equality of opportunity, to which no reasonable person could object (assuming that opportunity is not manipulated to favor one class of persons over another, as, for example, affirmative action), but in equality of outcome, which sanctions the massive interventions of the state into the private domain.

Every legitimate forecaster -- from Moody's to Peter Orszag -- describes America's fiscal condition as critical. And why is that? 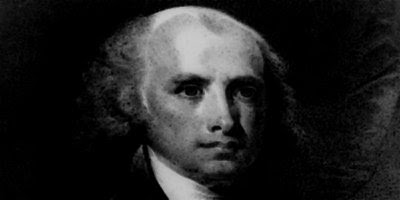 Could it be that the Democrat Fabian Socialist principles of wealth redistribution, limitless welfare, open borders, "Great Society", universal health care, and dozens of other failed entitlement programs are bankrupting this Republic?

So, Rick, next time you opine on wordsmithing, take the 30 seconds to compare the agenda of the Fabian Socialists with that of the modern Democrat Party. Because you couldn't separate the two with a freaking crowbar.

The Democrat's failed, Marxist policies have cost American taxpayers untold trillions of dollars and simultaneously breached the firewalls of the Constitution.

So, Rick, please: read Federalist 45 and tell me you can come to any other conclusion that today's Democrats are the avowed, open enemies of the Constitution. This ain't your pappy's Democrat Party any more.

So man up, and quit acting like a Keystone Word-Cop. These Democrats are freaking Marxists as certain as Michael Moore is a morbidly obese Communist sympathizer.


Linked by: Protein Wisdom and The Other McCain. Thanks!

Throwing down the heat with precision, because doug that's what you do finer than any aggregator out there. Lars

Mr. Moran is routinely annoying on Pajamas Media. He falls somewhere between a RINO and a leftist and writes what I assume he thinks is cutting sarcasm but is just juvenile whining.

His last condescending PJ piece, "Birthers Appear Unimpressed with Obama Birth Certificate" was spot on as usual because it was followed a few days later by a poll showing that producing the certificate did cause a significant drop in the number of birthers. So in addition to the snark and iffy politics, he's almost always wrong.

Pah. I get tired of hearing Levin call it a "soft" tyranny. The "soft" bit happened under LBJ. We're past that now.

Marxist by definition, tyrannical by behavior. If a man cares about definitions, it's all laid out before him.

You.Sir. Are still the man. Keep up the blistering assault on Pa. Ave.

"I have given up my one man quest to protect the English language from right wing Visigoths who insist in raping, pillaging, and burning their way through the dictionary - corrupting definitions and creating havoc with meaning while doing their utmost to make intelligent discourse impossible.."

Perhaps Moran is trapped in his Nuthouse, plastered to his couch with his fat fingers intensely typing all things within his own Nuthouse?

If Moran is to be the world's word-cop then it might help his credibility if he were to get out into the world and see his myopically provencial perception is nutty.

What confounds me is Moran's position of power and influence at AmericanThinker.com, a site that otherwise seems to have its head on straight.

Moran (it should be spelled Moron) is a stealth apologist for-, and enabler of, those who are actively trying to destroy our great country and system (and who seem to be succeeding). He does so by trivializing their sins and ridiculing their critics.

What drives Moran? Read enough of his stuff and you'll see that he and Obama appear to be, among other things, brothers in narcissism.

Geesh that guy writes a strange column. The only Rick Moran I knew was the one who writes for AT. Is this the same one? Unbelievable. Maybe I've just been reading speically-selected articles.

Anyway his attempt to pump up obama as the ONLY one of presidents in the past several decades who would have made the decision to send the SEALS in to get osama was....strange.

Then the making fun of "birthers"? Well, Rick,, I don't know what evidence you've seen that I haven't, but there's no proof out there that this is anything more than another obama "NOW it's taken care of" agreement with the media.

Does he believe things just 'cos obama the pathological liar tells him? That is....strange.

Moran doesn't like anyone to speak ill of his brother Commissar Zero.