Self-professed Constitutional scholar doesn't know Supreme Court has struck down laws like Obamacare only 1,315 times before

If find it curious that a self-professed Constitutional scholar doesn't know that the Supreme Court has struck down more than 1,300 laws since the founding of the Republic

President Obama, employing his strongest language to date on the Supreme Court review of the federal health care overhaul, cautioned the court Monday against overturning the law -- while repeatedly saying he's "confident" it will be upheld. 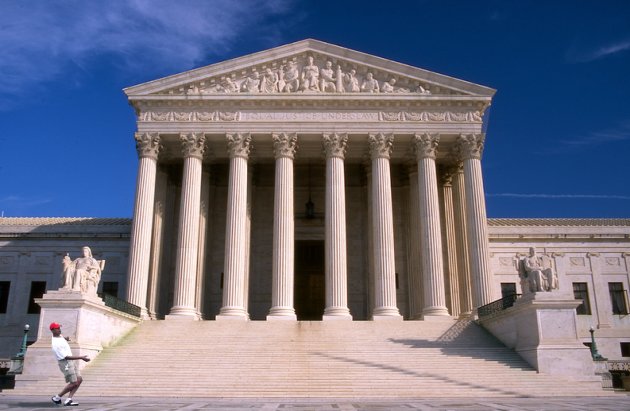 The president spoke at length about the case at a joint press conference with the leaders of Mexico and Canada. The president, adopting what he described as the language of conservatives who fret about judicial activism, questioned how an "unelected group of people" could overturn a law approved by Congress.

"I'm confident that the Supreme Court will not take what would be an unprecedented, extraordinary step of overturning a law that was passed by a strong majority of a democratically elected Congress," Obama said.

That's quite a sequence of lies by the President, all packed into a single, steaming sentence of manure:

• A "strong majority" of Congress? The bill was passed using a budget reconciliation maneuver that allowed it to bypass a Senate filibuster with just 51 votes.

• A "democratically elected" Congress? Actually, the 111th Congress had roughly a half-dozen appointed Senators and one turncoat (Arlen Specter), elected as a Republican but who switched to the Democrat Party.

• Unprecedented step of overturning a law? Oh, gee, Mr. Constitutional Scholar, as of 2002, the Supreme Court had only struck 1,315 laws down as unconstitutional, the first in 1803.

Does the arrogance of this President know no bounds?

For you drones and irregular Americans following along, that's a rhetorical question.

When the jackass said that the Supreme Court's overturning a law that had been passed by majorities in both houses (duh) is "unprecedented," I damned near fell out of my chair.

Obismal may be a 'Constitutional Scholar' My only question is "Whose Constitution?" It most certainly isn't the one of the United States of America.

I think he is probably very practiced at 'rear-end hits'.