Al Qaeda, as the theme song of the Democrat National Convention goes, is on the run.

Indeed, worldwide terrorist groups are quite literally on the run, including a recent and explosive entry in the Boston Marathon. All over the world, radical Jihadists have grown sufficiently emboldened to convene a global conference call, patching in at least 20 terror leaders for what must have been a jolly recounting of the Obama administration's policy of weakness, appeasement and preemptive surrender. 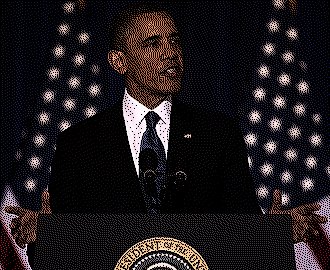 The crucial intercept that prompted the U.S. government to close embassies in 22 countries was a conference call between al Qaeda’s senior leaders and representatives of several of the group’s affiliates throughout the region...

...included [on the call were] the leaders or representatives of the top leadership of al Qaeda and its affiliates calling in from different locations, according to three U.S. officials familiar with the intelligence. All told, said one U.S. intelligence official, more than 20 al Qaeda operatives were on the call...

Let me put this in terms even a Democrat can understand: the Obama administration's policies of willful blindness and Jihadi appeasement have resulted in a global, de facto surrender to radical Islam.

Obama's failures are represented perfectly in the case of former U.S. Army Major Nidal Hasan. This piece of pig excrement is on trial in Killeen, Texas this week on charges of "workplace violence" after he killed or wounded 43 individuals at a Texas Army base.

[Hasan] said he was as a soldier who switched sides in what he described as a war between America and his Islamic faith. He then fell silent for most of the day... Maj. Hasan had also asked to argue that he carried out the shooting in "defense of others," namely members of the Taliban fighting in Afghanistan, but the judge denied that strategy. 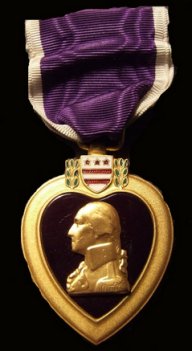 In an utterly disgraceful act on the part of the Obama administration, Hasan's rampage has not been categorized as an act of terrorism though that is clearly what it was. Sara Noble explains that the Holder Justice Department has instead labeled Hasan's slaughter as "workplace violence".

Nadal Hassan... began his opening statement at his trial Tuesday saying, “The evidence will clearly show that I am the shooter... We mujahedeen are imperfect soldiers trying to form a perfect religion. I apologize for any mistakes I made in this endeavor,” the unrepentant Hasan said...

...The act of terror by Hasan, who was in contact with now-deceased terrorist Anwar al-Awalaki, was declared an incident of workplace violence though it was obviously a terrorist attack...

...The victims are and were not eligible for the Purple Heart as a result.

This disgusts me to no end. The Commander in Chief knew the enemy was going to attack at 22 locations. So he ordered a withdrawal. A leader would have sent reinforcements and killed all the enemy attackers.

It this what Attorney General Holder told us to do if someone breaks into our home, safely retreat out of the house. Otherwise some terrorist might get hurt if we defend ourselves.

The U.S.A. is on the run from terroriet. Hold up the paycheck for our generals who are afraid to support our country.