Does it really count as a violation of Godwin's Law when the subject really is acting like a fascist?

CNN reports that the White House is intimidating insurance companies not to publicly criticize Obamacare: 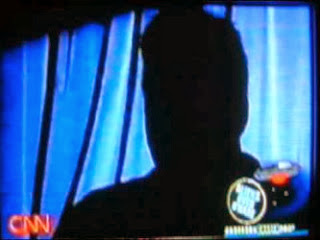 "What is going on is, behind the scenes attempt by the White House to at least keep insurerers from publicly criticizing what is happening on this Affordable Care Act rollout. Basically, if you speak out, if you are quoted, you're going to get a call from the White House, pressure to be quiet," reports CNN.

"Several sources tell me and my colleague Chris Frates that insurance executives are being told to keep quiet. [The head of] a consulting firm for big insurance and an out spoken critic of Obamacare says he is getting calls from these executives who want him to speak out, Anderson, for them about the problems because they feel defenseless against the White House PR team. ... the White House is exerting massive pressure on the industry, including the trade associations, to keep quiet. Sources telling us they fear White House retribution."

The accompanying illustration was not truly part of CNN's report, just me being a wise-guy.

That said, the insurance companies that employ hundreds of thousands (if not millions) of folks like you and me are effectively in witness protection.

Perhaps CNN could interview some insurance executives with their faces obscured and their voices disguised.

Because their own government is targeting them.

Seriously: did you ever think we would see this in America?

'Seriously: did you ever think we would see this in America?'


Seriously, yes. My only surprise is that it took so long.

It's going to get a lot worse, before it gets better. (which won't of course happen for hundreds of years)