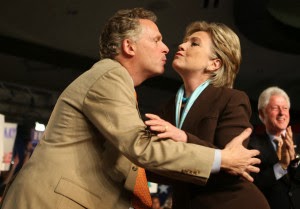 The Democrats’ 2016 presumptive presidential hopeful delivered her “formal endorsement” to the man she said “has always been there for me.”

While the adoring throng at the State Theatre chanted “Hill-ary! Hill-ary!” the New York Post updated the spate of sex scandals involving officials and prostitutes during Clinton’s watch at the State Department.

“Records show that staffers were given cushy jobs or allowed to retire, and watchdogs say the feds have hardly bothered to investigate since the shenanigans came to light this past summer,” the Post said.

Damon Mathias, a lawyer for Aurelia Fedenisn, a former investigator with the State Department’s inspector general who leaked an internal memo citing probes that were derailed by senior officials under Clinton, said, “Nobody’s barking anymore. As a concerned citizen, what the hell is going on here?”

Kathleen Willey, a White House volunteer who alleged she was groped and fondled by then-President Bill Clinton in 1993, called the Terry-Hillary hookup ironic as Democrats pound the Republican Party’s reputed “War on Women.”

“Hillary is the war on women. She goes after any women who crossed her husband’s path. Why people don’t notice that is beyond me,” Willey told Watchdog.org from her suburban Richmond home.

Still jaded two decades after her run-in at the White House, the native Virginian says, “I’ve gotten no help from women’s groups. It comes down to one thing for them: abortion.”

Gloria Steinem publicly defended Clinton at the time, saying his treatment of Willey — even if Willey was telling he truth — did not amount to sexual harassment, let alone sexual battery. 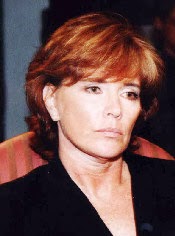 NO FAN: One-time Democrat Kathleen Willey doesn’t feel so warm and fuzzy about Hillary Clinton or Terry McAuliffe these days.

“(Willey) pushed him away,” Steinem said, “and it never happened again.” At least not to Willey.

During the Willey incident, and amid a series of what White House insiders called “bimbo eruptions,” McAuliffe remained a close Clinton confidant. He stayed loyal during the subsequent investigation by Kenneth Starr and the president’s impeachment by the House of Representatives.

“One of the few people the president spoke with regularly was Terry McAuliffe, the chief fund-raiser for the Democrats,” Bob Woodward wrote in the Washington Post.

“The first cheerleader, McAuliffe tried to keep Clinton in a fighting mood. ‘I’m with you,’ he said in a phone conversation. ‘People support you, love you, sir. We’re going to get through this,’” Woodward wrote.

After hosting recent fundraisers for McAuliffe in Georgetown and New York, Mrs. Clinton will headline a Beverly Hills event for McAuliffe on Oct. 30. As with the previous soirees, admission is $15,000 per person, or $25,000 per couple.

It’s a far cry from Willey’s hardscrabble world. She has struggled financially – even before her husband committed suicide – and is fighting to keep her home from foreclosure at the end of the month.

Before giving a deposition in the Paula Jones sexual harassment case in 1998, Willey said the tires on her car were nail-gunned. No culprit was ever charged, and she never pursued legal action against Clinton.

In her book — “Target: Caught in the Crosshairs of Bill and Hillary Clinton” – Willey says she was the target of a “coordinated campaign” by unidentified operatives.

“They threatened my children. They took one of my cats and killed another. They left a skull on my porch. They told me I was in danger. They vandalized my car. They subjected me to a campaign of fear and intimidation, trying to silence me,” wrote Willey, who also told her story on “60 Minutes.”